Apple is accelerating its electric car project and refocusing around full self-driving capabilities, according to a new report from Bloomberg.

The project's new leader, VP of Technology Kevin Lynch, is pushing for a fully autonomous car in its first version.

Apple is internally targeting a launch of its self-driving car in four years, faster than the five- to seven-year timeline that some engineers had been planning for earlier this year. But the timing is fluid, and hitting that 2025 target is dependent on the company’s ability to complete the self-driving system -- an ambitious task on that schedule. If Apple is unable to reach its goal, it could either delay a release or initially sell a car with lesser technology.

Apple's ideal car would be designed around hands-off driving with no steering wheel and no pedals. The company has discussed an interior similar to the one in the Lifestyle Vehicle from Canoo. Passengers would sit along the sides of the vehicle and face each other, like a limo. Though it doesn't want a steering wheel, Apple has discussed an emergency takeover mode.

Apple has also explored designs with a large iPad-like touchscreen in the middle of the vehicle which would allow users to interact with it during travel.

Sources say the company recently reached a key milestone in developing its self-driving system. Much of the core work on the vehicle's initial processor has been finished, including work on the underlying software that runs on the chip to power self-driving capabilities. Apple could start testing the new processor design alongside updated sensors in its fleet of Lexus self-driving SUVs.

The Apple car chip is the most advanced component that Apple has developed internally and is made up primarily of neural processors that can handle the artificial intelligence needed for autonomous driving. The chip’s capabilities mean it will run hot and likely require the development of a sophisticated cooling system.

An important aspect of Apple's car project is safety. The company is looking to build stronger safeguards than currently available from Tesla and Waymo. That involves significant redundancy and extensive testing. Apple is actively hiring engineers to test and develop safety features. It's also hiring more engineers with expertise in vehicle systems, batteries, software, and more. 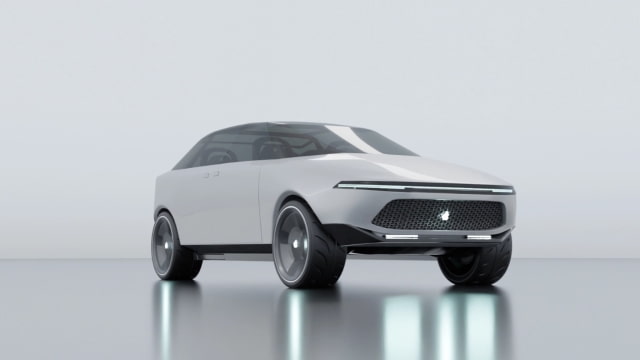