Apple CEO Tim Cook 'secretly' signed a five year agreement with China to ensure the company's success, according a new report from The Information.

The deal was forged during a series of in-person visits to the country in 2016. A burst of regulatory actions against Apple's business, including the shutdown of iTunes Movies and Books, had left executives scrambling to salvage the company's relationship with Chinese officials who felt Apple wasn't contributing to the local economy.

The cornerstone of Cook’s strategy was a memorandum of understanding between Apple and the National Development and Reform Commission, China’s powerful economic planning agency. The 1,250-word agreement was originally conceived by Apple’s government affairs team in China as a way to improve relations with Beijing and win an audience with senior leaders, according to a person familiar with the agreement. Face-to-face meetings with top Chinese officials became a priority for Apple brass after regulators shut down iTunes books and movies in April 2016, the person said.

In May, Cook announced an unprecedented $1 billion investment in Didi, giving the company an edge in its war against Uber.

Five days later in Beijing, Cook, along with Chief Operating Officer Jeff Williams and government affairs head Lisa Jackson, met publicly with senior government officials at the country’s secretive leadership compound, Zhongnanhai. Neither side disclosed details of the visit, but they were there in part to sign the economic deal, which committed Apple to aiding roughly a dozen causes favored by China. They included a pledge to help Chinese manufacturers develop “the most advanced manufacturing technologies” and “support the training of high-quality Chinese talents.”

Apple also promised to use more components with Chinese suppliers, to sign deals with Chinese software firms, to collaborate on technology with Chinese universities, and to invest in Chinese tech companies. Apple said it would invest "many billions of dollars more" than what it was currently spending in the country.

Internal documents reveal Apple's pledge would amount to over $275 billion in five years. The agreement was set to automatically extend for an additional year, through May 2022, if neither side had an objection. 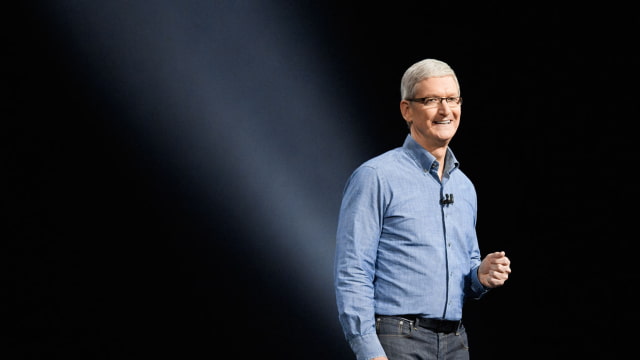 odedoo1 - December 9, 2021 at 1:33am
Don’t they shoot traders? If any other company from any other country would have done the same, America would have totally punish that country with sanctions but Tim gave up for every demand that the Chinese had without even trying to give some resistance and Apple won’t be punished. I never ever thought that in my life time I’ll see the U.S. so weak and its only the beginning, even the American dollar is no longer worth the paper it’s printed on. Its a first that when i watch news from many countries and its like every time that America is mentioned its like they are totally laughing instead of respecting.
Reply · Like · Mark as Spam

PaladinLV - December 7, 2021 at 4:49pm
Like so many CEO's, Cook chose profits over his Country and in the end bot Apple and USA will suffer. You cannot "bargain" with a communist regime, especially one that carries out genocide.
Reply · Like · Mark as Spam
Recent