Apple's next generation AirPods Pro will feature a new design, lossless support, and a charging case that can emit a sound, reports analyst Ming-Chi Kuo.

We expect Apple to launch AirPods Pro 2 in 4Q22 with new selling points, including a new form factor design, support for Apple Lossless (ALAC) format, and a charging case that can emit a sound for users to track. We are optimistic about the demand for AirPods Pro 2 and estimate shipments will reach 18–20mn units in 2022.

Notably, in a recent interview, Apple VP of Acoustics Gary Geaves said the company would like more bandwidth than Bluetooth can provide, perhaps hinting that Apple could use a different standard for lossless.

“Obviously the wireless technology is critical for the content delivery that you talk about”, he says, “but also things like the amount of latency you get when you move your head, and if that’s too long, between you moving your head and the sound changing or remaining static, it will make you feel quite ill, so we have to concentrate very hard on squeezing the most that we can out of the Bluetooth technology, and there’s a number of tricks we can play to maximise or get around some of the limits of Bluetooth. But it’s fair to say that we would like more bandwidth and… I’ll stop right there. We would like more bandwidth”, he smiles.

Another rumored improvement for AirPods Pro 2 are sensors that can be used to monitor your health. Kuo concurred saying, “AirPods may support health management functions in the future.” 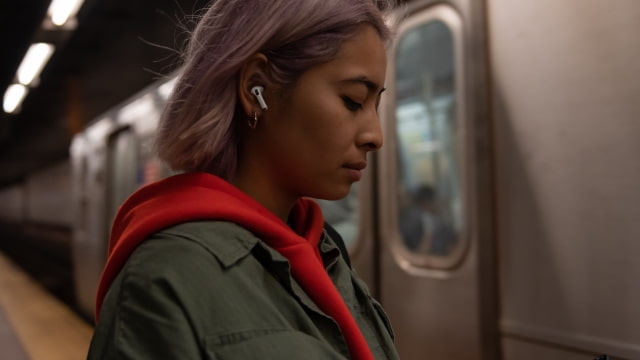