Apple has posted a press release highlighting the expansion of its services in 2021. The company says it helped deliver "innovative apps, powerful content, and transformative experiences" in more ways than ever before.

Apple Fitness+ coached users to stretch, lift, lunge, and meditate their way to healthier days; Apple News kept them informed of pivotal developments in the news and culture; and users started to reexplore the world using the beautiful new Apple Maps. Dozens of groundbreaking originals from Apple TV+ were streamed with family and friends near and afar using SharePlay; hundreds of fun, new and classic games were played on Apple Arcade; and millions of apps were downloaded from the App Store, unlocking powerful ways to communicate, collaborate, and connect. Podcasts like “The Midnight Miracle” and “We Can Do Hard Things” uplifted listeners, books like “The Least of Us” and “The Love Hypothesis” moved readers, and when the sun set at the end of each week, and the Work Focus switched off, it was time to celebrate with the Apple Music Award-winning… “ladies and gentlemen, The Weeknd.”

Notably, developers selling digital goods and services have earned more than $260 billion since the App Store launched in 2008. This year set a new yearly record for developer earnings with customers spending more than ever between Christmas Eve and New Year's Eve.

Hit the link below to check out some of the games, music, movies, TV shows, workouts, stories, podcasts, books, guides, and other content highlighted by Apple. 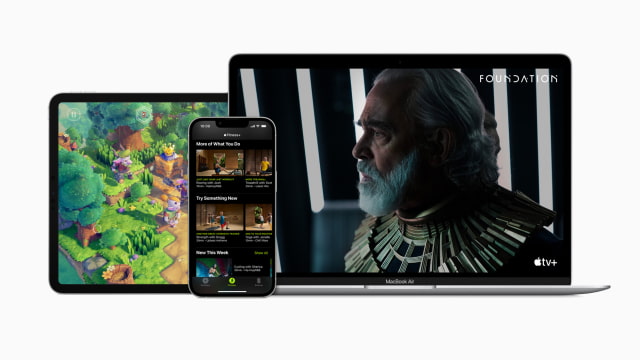