The rumored new iPhone SE 3 and iPad Air 5 may have been spotted in the Eurasian Economic Commission (EEC) regulatory database, reports Consomac.

Apple has just registered new references with theEurasian Economic Commission, which for several years has been revealing Apple's deposits before the marketing of the products concerned. The information published by the EEC is very summary: only the type of device, the operating system and the model number are known. However, this is enough to detect the arrival of certain novelties.

Apple is widely expected to unveil a third generation iPhone SE this spring with a 4.7-inch display, an A15 processor, an improved sensor for the rear 12MP camera, an X60M 5G baseband chip, and an additional 1GB of RAM for a total of 4GB. 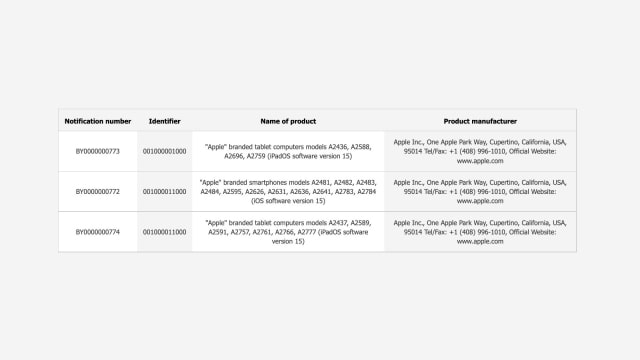