Apple's Director of Machine Learning, Ian Goodfellow, has reportedly left the company over its return to work policy. Apple hired Goodfellow from Google in 2019.

The Verge's Zoë Schiffer reported the departure on Twitter...

Ian Goodfellow, Apple’s director of machine learning, is leaving the company due to its return to work policy. In a note to staff, he said “I believe strongly that more flexibility would have been the best policy for my team.” He was likely the company’s most cited ML expert.

Apple delayed its return to work several times due to COVID concerns; however, as of May 23, employees are expected to work from the office three days a week.

In an email to employees, Apple CEO Tim Cook said:

"For many of you, I know that returning to the office represents a long-awaited milestone and a positive sign that we can engage more fully with the colleagues who play such an important role in our lives. For others, it may also be an unsettling change. I want you to know that we are deeply committed to giving you the support and flexibility that you need in this next phase."

A recently Blind survey of 652 Apple employees found that 56% of respondents wanted to leave the company over the new hybrid work policy. It's unclear how many will actually follow through. 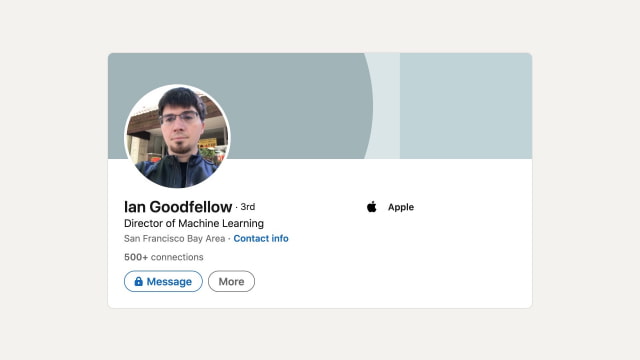