Comex has released his jailbreak for all iOS 4 devices including the iPhone 4. He tweeted a link to http://www.jailbreakme.com moments ago.

Unfortunately, the servers were immediately slammed and have gone down. We will let you know as soon as they are up. We will also have tutorials on how to use the jailbreak as soon as it can be downloaded.

Once you have jailbroken your iPhone on iOS 4 you will be able to unlock it using UltraSn0w. iPhone 4 users still need to wait a bit for an UltraSn0w update.

Congratulations to comex and the iPhone Dev-Team for making this happen.

Update:
You can find our tutorials here we will be also updating the iClarified Jailbreak Wizard shortly:
● iPhone
● iPod Touch
● iPad

Update x2:
Some users are reporting issues with FaceTime and MMS after the jailbreak. Comex has been able to reproduce the issue and is working to fix it. Apparently a restore from backup will also resolve the problem. Also there are many users unable to perform the jailbreak on their iPad including us. We will be holding off on our iPad tutorial until these issues are resolved.

Update x3:
FaceTime and MMS issues should be fixed now. For those who already jailbreaked, simply launch Cydia and follow the update prompts.

Update x4:
Comex released an update to try and fix iPad jailbreaks. Unfortunately, this doesn't work for us on 3.2 or 3.2.1. He has gone to sleep and will likely continue to look into the matter tomorrow. Until then please refrain from trying this on your iPad.

Update x5:
The iPad jailbreak is now working. We've included the link to our tutorial above. 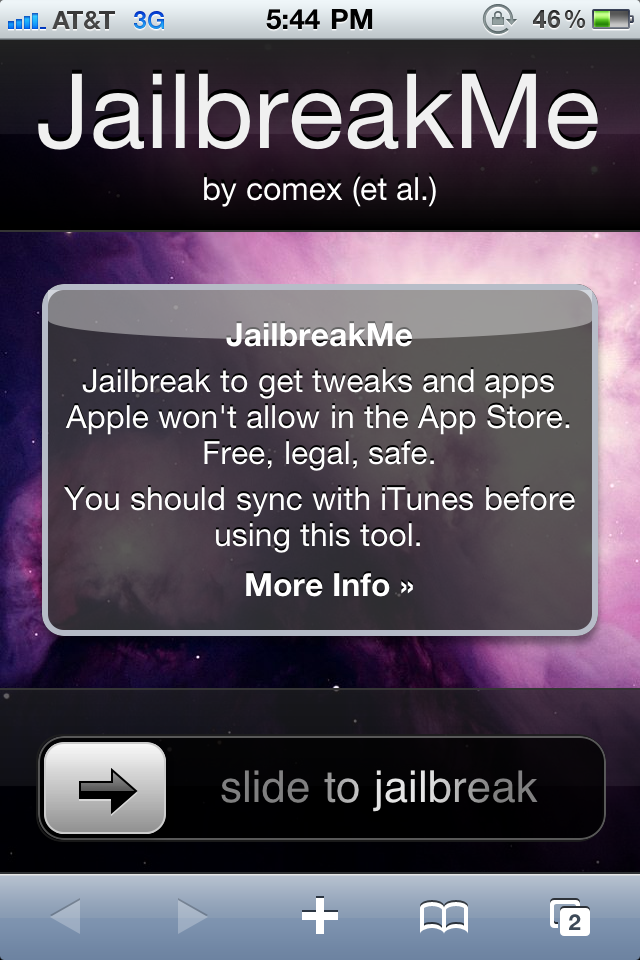 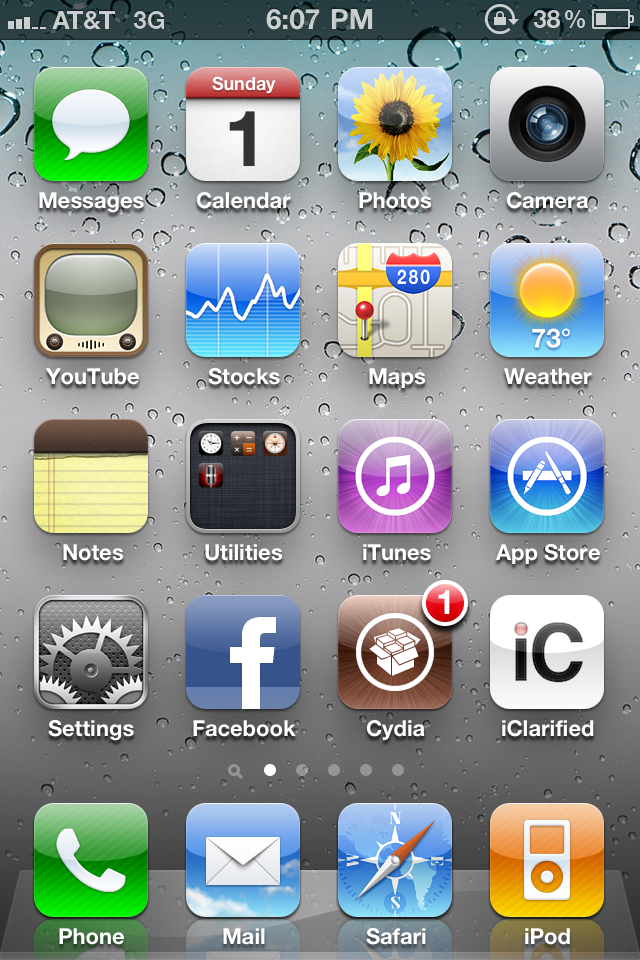 joseph - August 11, 2010 at 3:17am
after i enter jailbreakme.com I can't swipe my finger to jailbreak, it's stuck. I tried to reset network settings, clear history, but nothing works. What should I do?
Reply · Like · Mark as Spam
0

Isra - August 7, 2010 at 2:05pm
Hi! Iphone 3GS, old bootrom, previous version prior to jailbroken 4.0.1. I did the jailbreak and everything went ok, I could sync and all the apps were succesfully installed on the iphone. However, cydia does not work properly. I can´t add new sources. the new sources either fails during adding them or never finish installing them. What should I do? Thanks a lot for the help in advance.
Reply · Like · Mark as Spam
0

Moonspell - August 5, 2010 at 10:20pm
Can i restore my Iphone through itunes to factory setting or update when apple release OS 4.1, after jailbreaking with jailbreakme ?? Please help Thanks in advance
Reply · Like · Mark as Spam
424 More Comments
Recent