Unisys will provide maintenance and other services to companies and government agencies that purchase Apple devices, Gene Zapfel, a managing partner at Unisys, said in an interview. One of the first of its kind for Apple, the contract was signed this month, Zapfel said. He didn’t discuss terms of the deal.

"Most of those organizations are still pretty heavily PC- based," Zapfel said. "Apple is going to crack the nut and clients are going to start buying a lot more."

Apple's push into the enterprise is spearheaded by the iPhone. Its popularity has helped attract customers to other Macintosh products such as MacBooks and iMacs.

Unisys plans to build applications for government agencies, as part of the deal signed with Apple. Zapfel says a key to landing the agreement was figuring out how to secure information sent over the iPhone.

"There are all sorts of layers you have to put into it to make sure nobody can tap into it," he said. "We've put a lot of heavyweight engineering into securing the device, which, frankly, no one else has figured out yet." 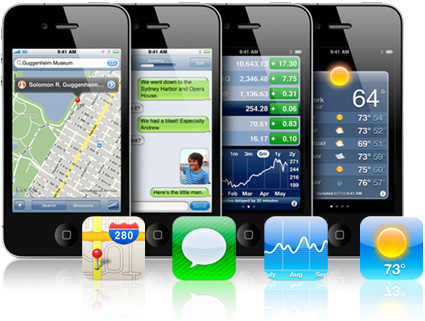 mat - October 26, 2010 at 11:28am
good to know .. yeah go ahead tell everybody about upcoming opportunities to hack just about anything you can imagine here is your first oppotunity LOL https://iclarified.com/entry/index.php?enid=12431
Reply · Like · Mark as Spam

Geekoid - October 28, 2010 at 3:12am
Nice... you work for the company that sued thousands because they used or processed the GIF format in their products. Must feel good to know that. I don\'t care what Unisys does or produces. As far as I am concerned, they can suck some plums. Your company is primarily responsible for the creation of the PNG format, since it was created patent-free as a direct result of the patent debacle.
Reply · Like · Mark as Spam
Recent