Firefox 3 Release Candidate 2 has been made available for testing purposes. Preview releases are published to collect feedback from Web developers and the testing community before advancing to the next stage in the release process.

Firefox 3 is based on the Gecko 1.9 Web rendering platform, which has been under development for the past 33 months. Building on the previous release, Gecko 1.9 has more than 14,000 updates including some major re-architecting to provide improved performance, stability, rendering correctness, and code simplification and sustainability. Firefox 3 has been built on top of this new platform resulting in a more secure, easier to use, more personal product with a lot more under the hood to offer website and Firefox add-on developers. 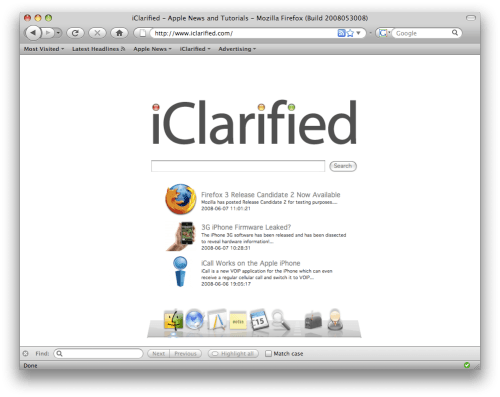