Angry Birds Seasons is a Christmas edition of the popular Angry Birds game for iPad and iPhone.

From now on, every season is an Angry Birds season. After the special treats of Halloween, Angry Birds Seasons returns with another gift that keeps on giving: Season’s Greetings for the Holidays!

Count down the 25 days of Christmas with Angry Birds!
Frolic in the fun new levels in a snow-filled winter wonderland!
A very merry Golden Egg full of holiday spirit!

The survival of the Angry Birds is at stake - even in the jolliest of seasons! Dish out revenge on the green pigs who stole the Birds’ eggs. Use the unique destructive powers of the Angry Birds to lay waste to the pigs’ hideouts and unwrap all Christmas gifts in the process.

You can purchase Angry Birds Seasons HD from the App Store for $1.99. The iPhone version is available for $0.99. 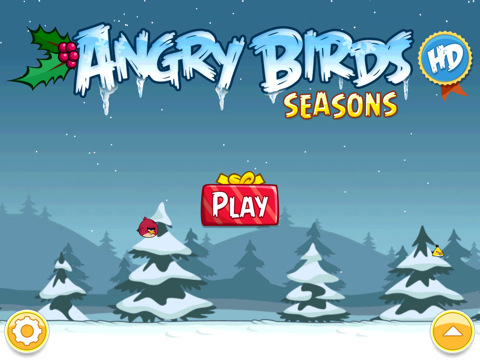 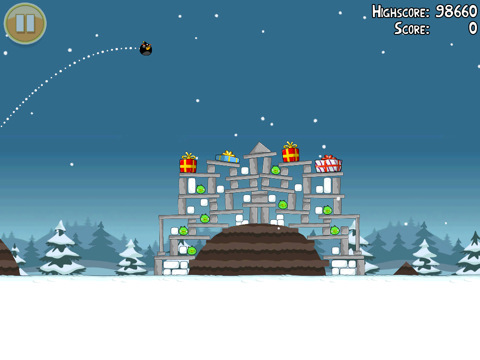