Nokia announced it has filed claims in the UK High Court, Dusseldorf and Mannheim District Courts in Germany and the District Court of the Hague, Netherlands, alleging that Apple infringes Nokia patents in many of its products sold in these countries, including iPhone, iPad and iPod Touch.

"These actions add 13 further Nokia patents to the 24 already asserted against Apple in the US International Trade Commission and the Delaware and Wisconsin Federal courts," said Paul Melin, vice president, Intellectual Property at Nokia. "The Nokia inventions protected by these patents include several which enable compelling user experiences. For example, using a wiping gesture on a touch screen to navigate content, or enabling access to constantly changing services with an on-device app store, both filed more than ten years before the launch of the iPhone."

None of the asserted patents have been declared essential to any wireless communication standard. 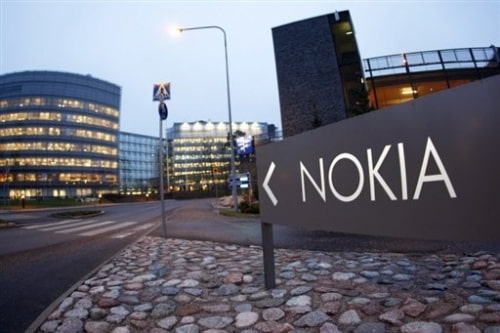 Digihead - December 16, 2010 at 6:31pm
such a looser\'s approach! cant do anything good and can\'t beat apple - trying to sue them! idiots nokia! never ever, never I will buy anything from these finnish arseholes!
Reply · Like · Mark as Spam

Digihead - December 16, 2010 at 6:33pm
oh, poor you! there is always option to use one of brilliant products from noika! :D:D:D and then you\'ll not have problems with jailbreaking! :P
Reply · Like · Mark as Spam

Chris - December 17, 2010 at 9:14am
Nokia phones don\'t come sim locked? I think sim lock is a carrier thing since they subsidize the cost of whatever phone it is when you sign up for a contract with them.
Reply · Like · Mark as Spam

mat - December 17, 2010 at 10:35am
Chris they also come sim locked when you buy subsidized from carrier. However with Nokia you also have a choice to buy non-subsidized not simlocked directly from Nokia store. This is because Nokia cares about its customers. As you see from posts of dickhead crapple has to actually employ web brigades to ridicule people and defend their in fact criminal practices or ... like in case of antenna gate they sponsor crappy artists to write crappy songs to defend crappy antenna. And who pays for those dickheads ? Crapple customers pay.
Reply · Like · Mark as Spam
3 More Comments
Recent