It looks Best Buy may not be carrying the Verizon iPhone at launch and instead will be convincing customers to stick with AT&T, according to some internal documents obtained by GearLive.

Best Buy is training their employees to encourage customers to stay with AT&T. As you can see in the document above, which we've confirmed is straight out of a Best Buy playbook, you can see that Big Blue is looking to talk down the Verizon model. What we haven't confirmed is the reason why--is Best Buy not going to be selling the Verizon iPhone at launch? If not, it would make sense that they'd wanna downplay the phone that they aren't selling so that they can continue moving phones that they actually stock.

The Verizon iPhone has already been criticized for its mid cycle release, its slow speeds, its not having a SIM card, its discontinued upgrade policy, and its inability to use data and voice simultaneously; however, those with exceptionally poor AT&T service may not care. 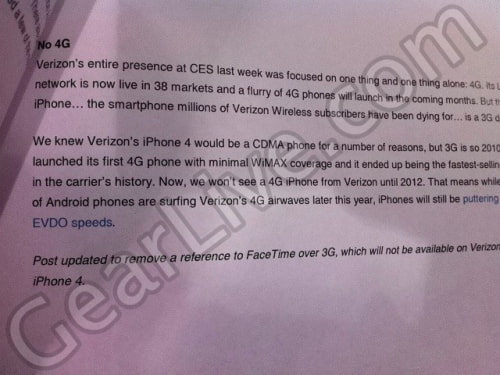 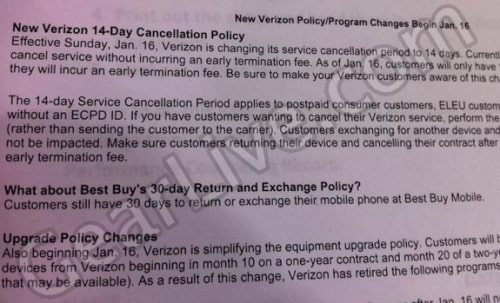