Apple is reportedly contemplating the expansion of AirPlay licensing to include streaming video from an iPhone or iPad to television sets and other consumer electronics, according to a Bloomberg report.

Under the plan, Apple would license its AirPlay software to consumer-electronics makers that could use it in devices for streaming movies, TV shows and other video content, said the people, who asked to remain anonymous because the plans haven’t been made public. Apple now only licenses AirPlay for streaming audio. Devices that could be used for video may be available this year, one of the people said.

Currently, AirPlay video streaming to a TV is only supported via the Apple TV; a big selling point for device. However, the benefit in sales from iPhones, iPods, and iPads that can stream to any TV could outweigh the benefit from Apple TV sales. 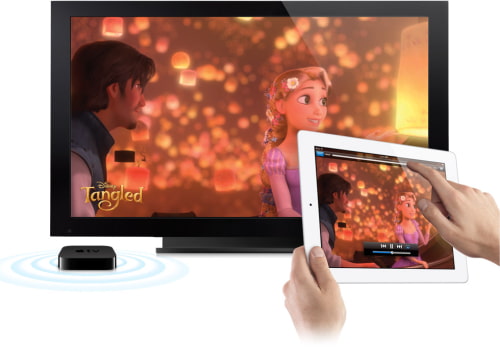