Apple may be planning to overhaul its retail operations to make use of the iPad 2 for on the job use, according to AppleInsider.

Apple stores have been receiving stockpiles of iPad 2 units with magnetic Smart Covers, as Apple is prepared to equip its retail specialists with tablets for on-the-job use.

Sources told that site that Apple has begun stocking retail stores with dozens of iPads which are intended for employee use. One store with about 100 specialists has been stocked with 40 iPads. That's enough for the entire working shift to each have one. It's thought that the iPads could be used in conjunction or even as a replacement for the current iPod touch EasyPay terminals.

Apple is also said to be releasing an iPad version of its proprietary in-house communications client known as RetailMe that provides information about products and training videos.

Despite the many rumors, Apple Store employees have received no official word on what will take place this weekend.

"We still don't have details as to what is going on this weekend." 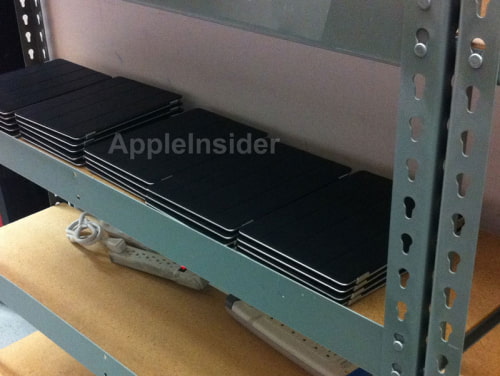 knightgeek - May 18, 2011 at 3:20pm
the iPads are for the aforementioned RetailMe. nothing more. move along. we\'ve already been demoed this in use. employees used to need a Mac to access the site and also be behind the firewall. that is no longer necessary as this new app will replace that. its just training and corporate information dissemination.
Reply · Like · Mark as Spam
Recent