The Metropolitan Transportation Authority has contacted Apple in regards to bidding for retail space in Grand Central Terminal, according to the WSJ.

In what seems like a move orchestrated just for Apple, celebrity chef Charlie Palmer's Métrazur plans to close his restaurant on July 1 even though his lease ran until 2019 and the eatery was doing "quite well."

A new tenant would be required to pay Mr. Palmer a substantial sum of money to vacate his lease. "It's an offer that's hard to refuse," said Mr. Palmer, who declined to put a number on it. "It's hard to compete with whatever that company might be that's taking the space."

The MTA is putting up 15,230 square feet for rent. That amount of space is small compared to other Apple Store locations; however, the amount of traffic would enormous.

The MTA has spoken with Apple about the space and hopes that the company bids on it, said Jeremy Soffin, a spokesman for the authority.

Rumors of a Grand Central Apple Store have surfaced several times; however, this is the first official confirmation that Apple has discussed the possibility with the MTA. 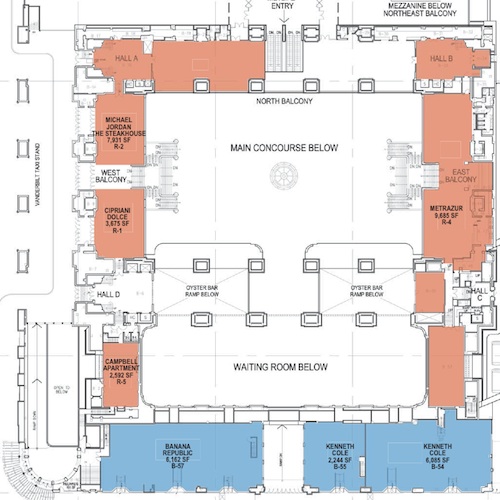