J.C. Penney has hired Apple Senior Vice President of Retail Operations Ron Johnson to be its new President and eventual CEO., according to the WSJ.

The company is expected to announce Mr. Johnson's appointment later today. Mr. Johnson will become CEO in the next few months, succeeding long-time leader Myron "Mike" Ullman. He joined Apple from Target Corp., where he was vice president of merchandising for stores.

Ron joined Apple in January 2000 after having worked as vice president of merchandising for Target.

--
Ron Johnson joined Apple as senior vice president in January 2000. Reporting directly to the CEO, Johnson leads Apple's retail strategy and is responsible for its overall execution and performance. Under Ron's leadership, Apple has opened over 300 stores to date. Johnson has over 20 years of experience in retail and merchandising as well as a strong track record for delivering consistent year over year growth for billion-dollar companies.

Before joining Apple, Johnson held various management positions at the Target Corporation, most recently as Vice President of Merchandising for Target Stores. In this capacity, Johnson presided over a successful period of growth at Target, playing a key role in developing new initiatives for branding, marketing and merchandising. He led the team responsible for launching the Michael Graves exclusive line of products, as well as the addition of other key brands to the store’s selection.

Johnson received his M.B.A. from Harvard and his Bachelor of Arts in Economics from Stanford University.
--

This is definitely a coup for J.C. Penney and an unfortunately loss for Apple.

Mr. Johnson, 52, has served for the past 11 years as senior vice president of retail at Apple Inc., where he led its retail strategy, which from its start in 2001 now numbers over 300 stores in the U.S. and abroad. He joined Apple after 15 years at Target Corporation, where he was a key merchandising executive.

Mr. Ullman said, "I am delighted that Ron is joining our Board and the Company, and look forward to working with him as we continue to transform the jcpenney brand. He is widely recognized and highly regarded in the retail industry for his creativity and innovation, his commitment to empowering employees to deliver an unparalleled customer experience, and to making stores exciting places where people love to shop. His tremendous accomplishments at Apple and Target speak to his great consumer merchandising, marketing and operational talent."

Thomas J. Engibous, lead director of J. C. Penney Company's Board, said, "The Company has made outstanding strides under Mike Ullman's leadership and it has great potential ahead thanks to the Long Range Plan for growth he and the management team developed and are executing, which includes top management succession planning. The progress made under Mike's leadership is reflected in the Company's ability to attract an executive of Ron Johnson's talent and track record as it continues to focus on achieving its objective of becoming America's most exciting place to shop. We look forward to Ron joining our Board and then to his assuming the chief executive role as he, Mike and their team work towards achieving the Company's goals."

Mr. Johnson said, "I've always dreamed of leading a major retail company as CEO, and I am thrilled to have the opportunity to help J. C. Penney re-imagine what I believe to be the single greatest opportunity in American retailing today, the Department Store. I have tremendous confidence in J. C. Penney's future and look forward to working with Mike Ullman, the Executive Board and the Company's 150,000 associates to transform the way America shops."

As a demonstration of his confidence in J. C. Penney's long-term potential, Mr. Johnson requested and has committed to make a personal investment of $50 million in the Company through the purchase, at fair market value, of 7 1/2-year warrants on 7.257 million shares ofJ. C. Penney Company stock. The warrants cannot be sold or hedged for the first six years of their term and have a strike price of $29.92, the closing price of the stock on the business day prior to Mr. Johnson's commitment to purchase the warrants. 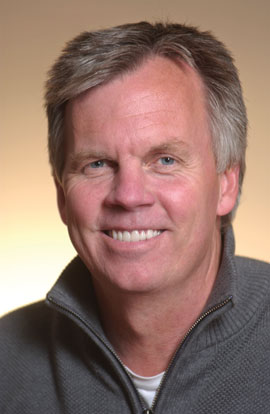