The ITC has voted to institute an investigation of whether Apple has infringed on Samsung patents with its iPhone, iPad, and iPod touch.

-
The investigation is based on a complaint filed by Samsung Electronics Co., Ltd., of Korea, and Samsung Telecommunications America, LLC, of Richardson, TX, on June 28, 2011. Letters supplementing the complaint were filed on July 7 and 15, 2011. The complaint alleges violations of section 337 of the Tariff Act of 1930 in the importation into the United States and sale of certain electronic devices, including wireless communication devices, portable music and data processing devices, and tablet computers containing the same that infringe patents asserted by the complainants. The complainants request that the USITC issue an exclusion order and a cease and desist order.

The USITC has identified Apple, Inc., of Cupertino, CA, as the respondent in this investigation.

By instituting this investigation (337-TA-794), the USITC has not yet made any decision on the merits of the case. The USITC's Chief Administrative Law Judge will assign the case to one of the USITC's five administrative law judges (ALJ), who will schedule and hold an evidentiary hearing. The ALJ will make an initial determination as to whether there is a violation of section 337; that initial determination is subject to review by the Commission.
-

Apple initiated legal proceedings against Samsung in April alleging it had copied the design of the iPhone, iPad, and iPod touch. 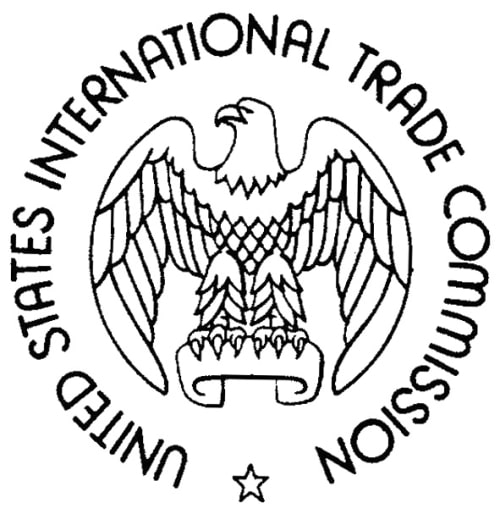