Unbelievably, Apple has once again lost an iPhone prototype in a bar, reports CNET.

According to their source, the phone was reportedly lost at San Francisco's Cava 22 "tequila lounge" in late July and possibly sold on Craiglist for $200.

Apple representatives apparently contacted San Francisco police, saying the device was priceless and they were desperate to secure its safe return. Eventually they tracked the phone to a two-floor, single-family home in San Francisco's Bernal Heights.

When San Francisco police and Apple's investigators visited the house, they spoke with a man in his twenties who acknowledged being at Cava 22 on the night the device went missing. But he denied knowing anything about the phone. The man gave police permission to search the house, and they found nothing, the source said. Before leaving the house, the Apple employees offered the man money for the phone no questions asked, the source said, adding that the man continued to deny he had knowledge of the phone.

It's unclear if Apple has managed to locate the device or if its still in the wild. 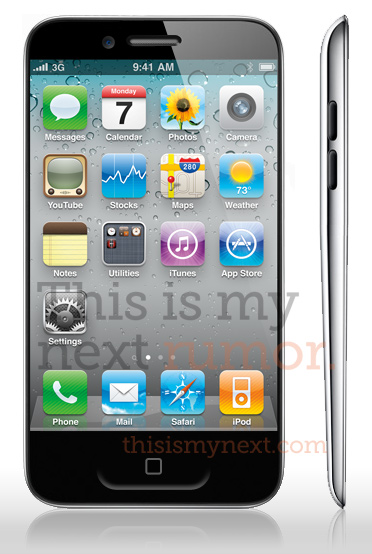 Whatisthis? - September 2, 2011 at 2:35pm
Looks like they remouved the silence on/off button from the left side of the phone.
Reply · Like · Mark as Spam

JL - September 1, 2011 at 4:47pm
First time, believable. Second time, stupid marketing prank. They should lose it somewhere other than a bar next time and maybe it'd be a believable story.
Reply · Like · Mark as Spam

iGuy - September 1, 2011 at 11:52am
Bogus.. The entire article sounds fabricated. Who would have found this phone and sold it on CL for a mere $200?? Where are the CL pics? They tracked the phone to this guys house and found nothing? I call BS..
Reply · Like · Mark as Spam

koenigt - September 1, 2011 at 8:44am
I propose the Development Department at APPLE an ELEVATOR ride up and down all day long WITH STEVE JOBS - this might cure their clumsiness :D
Reply · Like · Mark as Spam