Amazon has sent out invites to a special event in New York city on September 28th where the company is expected to unveil its rumored tablet.

TechCrunch recently detailed the tablet saying "Not only is the device real, from what I've seen, it's solid. I suspect it will be on many people's holiday wish-list this year."

With both the HP TouchPad and RIM PlayBook performing poorly, an Amazon tablet may be the only device that could challenge the iPad this holiday season. 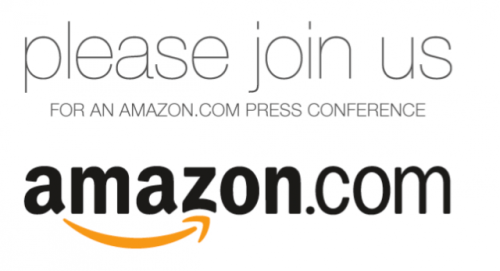 Robot - September 23, 2011 at 6:38pm
"With both the HP TouchPad and RIM PlayBook performing poorly" what about the galaxy tab? Android is still in second place here. Is there really room enough for yet another tablet OS? Or is the amazon tablet running android?
Reply · Like · Mark as Spam

Unhandsome_scurvy_boy ^__^ - September 24, 2011 at 4:00pm
Yep Apple better pull another revolutionary product out their hat and soon!
Reply · Like · Mark as Spam
Recent