The iPhone Dev-Team has released a tethered jailbreak for iOS 5. Currently only the Mac version has been made available; however, the Windows version is coming soon.

With today's official iOS5 release, redsn0w has been updated to 0.9.9b5 to include the public URLs for the IPSW files. This way, first-time iOS5 jailbreakers don't need to supply the IPSW file manually. It's still a tethered jailbreak on all except the old-bootrom iPhone3GS, and it doesn't apply to iPad2 or the upcoming iPhone4S.

Because the jailbreak is currently only tethered for most devices, we're not going to release a new PwnageTool yet. Instead, we've decided to build some of PwnageTool's functionality into redsn0w (since you need redsn0w to "Just boot tethered" on every power cycle anyway). The new "Custom IPSW" button on the Extras screen will create a custom IPSW without the baseband update for 4.3.3 or 5.0gm (iPhone3GS and iPhone4 only, for now). Remember not to accidentally restore to the stock IPSW after you create the custom one! The custom one begins with NO_BB_ (for "no baseband").

You must enter "Pwned DFU" mode before trying to use the NO_BB_ IPSW with iTunes (and your hosts file cannot be pointing to Cydia's servers due to the new blob nonce mechanism they're using in iOS5).

Version 0.9.9b5 only available for Mac for now, until we can do more testing on the Windows version of "Custom IPSW".

We're currently working on a normal compatibility update for existing ultrasn0w unlockers. After that we'll try to fix the iBooks issue on jailbroken iOS5. 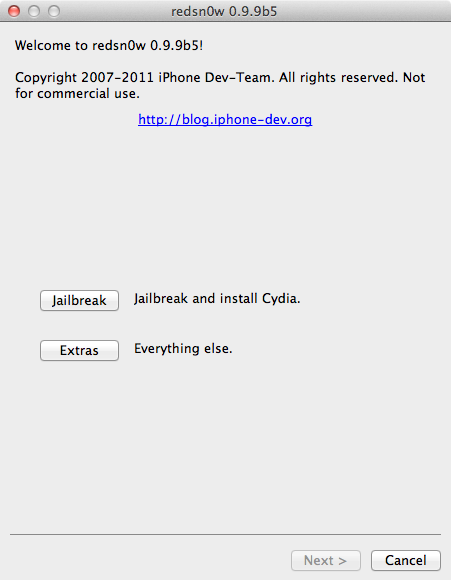 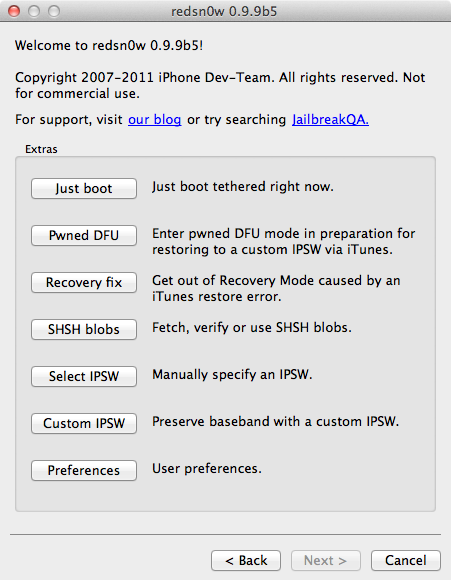 Yaqoob Hussain Gopang - October 15, 2011 at 2:09am
After using ios 4.3.3 jail break on my iphone 4 now on ios5 ya I jail break it thx to dev team for red snow for windows Hackolu got appsync 5+ n instAllous 4 Got all my crack apps n games It's safe to shift to ios5 ( new features) Cheers
Reply · Like · Mark as Spam