Apple has asked the man behind the British voice of Siri to stay silent on matter, reports the Telegraph.

Jon Briggs recorded the voice 'Daniel' for Scansoft, which then merged with Nuance. Briggs found out he was the voice of Siri when he saw a demonstration of the personal assistant on television.

Interestingly, Apple contacted Briggs and asked him not to talk about Siri. "We're not about one person," they told him. However, Briggs notes that he never had a contract with company.

"I did a set of recordings with Scansoft five or six years ago, for text-to-speech services," says Briggs. "Five thousand sentences over three weeks, spoken in a very particular way and only reading flat and even. Then they go away and take all the phonics apart, because I have to be able to read anything you want, even if I've never actually recorded all those words."

The result, Briggs says is "as close to human speech as anything that's out there. It gets everything right, more or less, apart from the inflection." 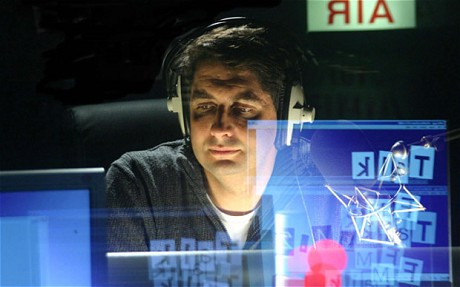 Russell - November 10, 2011 at 5:11pm
Let's see what dickish move apple will make to silence him. Since they do not have a contract with him, end up paying him something.
Reply · Like · Mark as Spam