As part of the legal proceedings in its case against Samsung, Apple has outlined some alternative design options that could have been used to differentiate the Galaxy devices from the iPhone and iPad, reports The Verge.

In its defense against Apple's request for an injunction, Samsung argues that it had no other feasible design options when creating the Galaxy S, Infuse, and Galaxy Tab 10.1. In order to prove to the court that Samsung did have other options, Apple has had to provide suggestions on how the company might have differentiated its products.

Here's some of Apple's ideas:

Smartphones:
● Front surface that isn't black.
● Overall shape that isn't rectangular, or doesn't have rounded corners.
● Display screens that aren't centered on the front face and have substantial lateral borders.
● Non-horizontal speaker slots.
● Front surfaces with substantial adornment.
● No front bezel at all.

Let us know what design changes you think Samsung could have made to differentiate itself from Apple products. 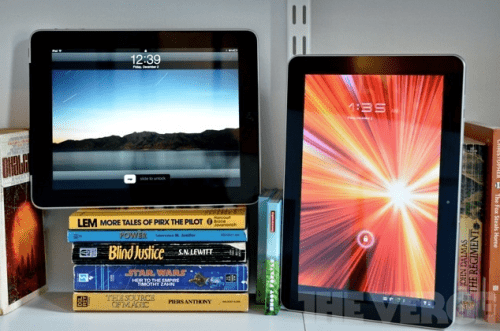 tabosko - December 3, 2011 at 9:57pm
WHAT THE HELL???? you might as well sue every single company with mobile technology based on those factors! hell hey would have to sue themselves is thats the bases.
Reply · Like · Mark as Spam

Mohammad - December 3, 2011 at 3:03pm
They could have: 1. have less or more real buttons, with different places 2. the placement of the camera could have been different. 3. A different system control, like a different approach on how to unlock, change volume, take a picture. but overall all smart-phones have some same features that you can't make different compared to it. Sometimes what apple is doing seems like: the CEO of Benz telling the CEO of BMW:" hey go and make a car with out whees" which is stupid, hope apple won't be doing that
Reply · Like · Mark as Spam

Russell - December 3, 2011 at 5:51am
Apple must think their customers are extremely stupid. I know they are, but not that stupid. How many people would buy a Galaxy because they mistook it for an iPad, and then not notice the difference within 30 days?
Reply · Like · Mark as Spam