An Alphawise survey conducted for Morgan Stanley reveals that Apple is about to sell a huge amount of iPhones, reports Katy Huberty.

FORTUNE breaks down a note that Huberty issued to clients late Wednesday.

● iPhones are selling surprisingly well. Huberty estimates that Apple could ship anywhere from 31 to 36 million iPhones this quarter -- as much as 20% higher than the 30 million she's modeling and nearly 30% higher than the 28 million Wall Street is expecting.

● Demand for tablets shows no sign of weakening. The survey found 8% of US customers own a tablet and 27% plan to buy one. If Apple loses 4 points of market share to Amazon this means Apple could sell 81 million iPads worldwide next year. Morgan Stanley's model has Apple selling 52 million iPads.

● Apple could sell 15 million more iPads with a $100 price cut. After applying a 30% discount to the survey, Hubert estimates that if Apple was to reduce the price of the iPad by $100, they could sell 90 million iPads worldwide which is about 10 million more than it plans to build. 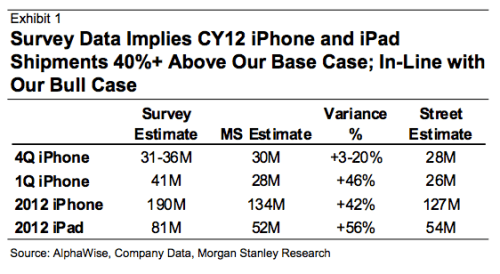 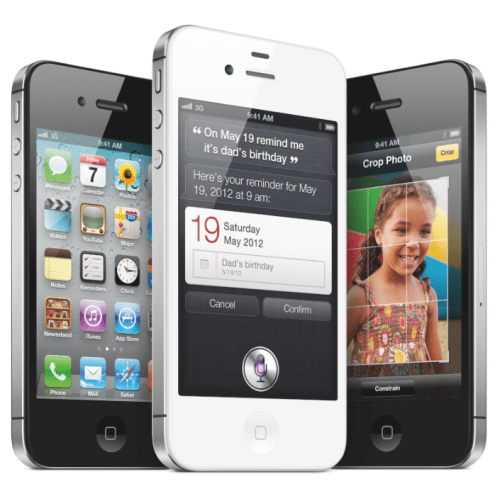 TechLp - December 15, 2011 at 9:11pm
The only way they will do that is if the iphone has LTE or at least 4g and that's not promising, apple don't like much change so they will have to pull some strings
Reply · Like · Mark as Spam
Recent