Apple and Google have secretly begun working on wearable computer projects over the last year, according to the New York Times.

Apple's prototypes can reportedly relay information to the iPhone and could be worn on the wrist similar to the already released iPod nano.

A person with knowledge of the company's plans told me that a "very small group of Apple employees" had been conceptualizing and even prototyping some wearable devices. One idea being discussed is a curved-glass iPod that would wrap around the wrist; people could communicate with the device using Siri, the company's artificial intelligence software.

For now the only 'wearable' Apple product remains the nano. Check out the new Lynk watchband by Scott Wilson that lets you wear your nano in style. 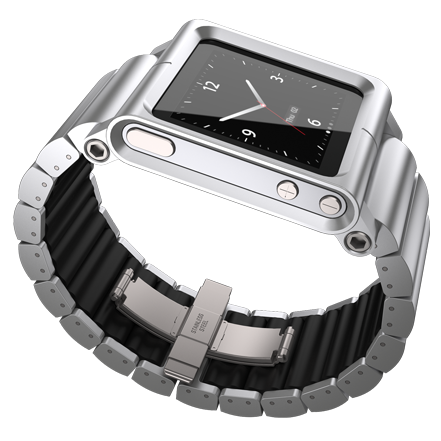