Taking a closer look at recent ComScore data reveals that while Google's Android has a higher market share than Apple's iOS, Android's rate of growth has dropped sharply, falling below the iOS growth rate in November.

FORTUNE has compiled a few charts that show the steady decline of Android's market share growth.

Take a look at the charts below... 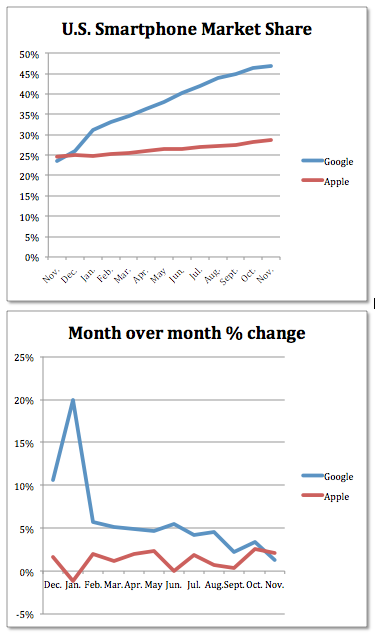 Mes - December 30, 2011 at 10:56pm
It's easier to show a higher growth rate when the denominator is small. Slice and dice the numbers anyway you want but the absolute numbers are astounding.
Reply · Like · Mark as Spam
Recent