Apple has passed Google achieving the highest score in the 2012 Harris Poll Reputation Quotient study which measures corporate reputation for the most visible companies in the U.S.

This year's most reputable brand, Apple, benefits greatly from its hybrid status as a technology/consumer product/retail company, and earns the highest RQ score to secure the top spot in the ranking. It displaces Google -- last year's most reputable corporation, which now ranks second with an excellent score of 82.82. The Coca-Cola Company, ranked 15th in 2011, has surged into third place, despite any meaningful change in its reputation rating. Amazon.com moves up from eighth to fourth place and perennial reputation elite, Kraft Foods, ranked fifth.

"We are seeing the emergence of a group of companies that garner reputation equity by being positively associated with multiple industries," said Robert Fronk, executive vice president and Global Corporate Reputation Practice Lead for Harris Interactive. "Companies like Apple, Google, and Amazon.com combine innovation and leadership across multiple business areas, giving them true competitive advantage." 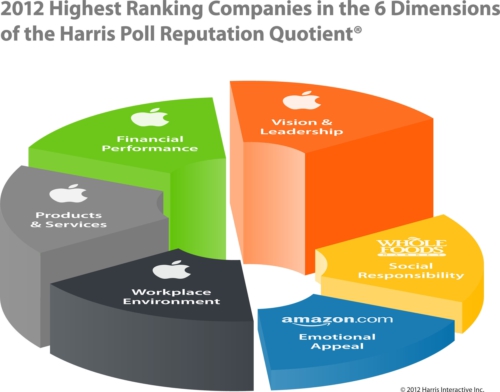 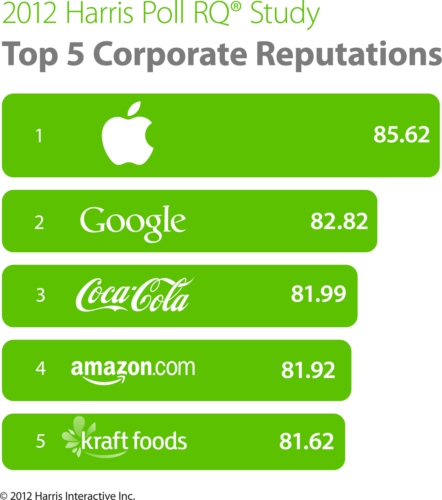