Proview has issued a press release charging Apple with fraud and unfair competition. The company is arguing that Apple deceived them when they established a fake company to purchase the iPad trademark.

AllThingsD notes that this argument is unlikely to get them far. "Clearly, Proview and its creditors are out for blood here, but the chances of getting any seem slim. Using shell companies to negotiate transactions like the one in this case is a common practice. Sure, it's obfuscatory, but necessary if a company of Apple's size and renown wants to pay fair market value free of the inflation its deep pockets would inevitably invite."

Proview filed a lawsuit in the Superior Court of the State of California in Santa Clara County on February 17th against Apple in the matter.

You can find the entire press release below...

Separately, in another action, Shenzhen-based Proview Technology Shenzhen Co, Ltd. continues to pursue litigation against Apple in China. In the Chinese lawsuit, Proview Technology Shenzhen Co, Ltd. has demonstrated that the IPAD trademark for Mainland China was never assigned to Apple or its affiliates. The legal questions and remedies in the China and U.S. lawsuits are separate and distinct and have no bearing on one another.

The amended complaint was filed to provide additional information regarding Apple's fraudulent actions committed against Proview. Among the many allegations in the U.S complaint are fraud by intentional misrepresentation, fraud by concealment, fraudulent inducement, and unfair competition. The complaint provides evidence that the December 23, 2009 agreement that Proview Taiwan entered into was fraudulently induced by the concealment and suppression of material facts by Apple's agents, and that, as a result, the 2009 agreement is void. Once the agreement is voided for fraud, the iPad trademarks in the European Union, South Korea, Mexico, Singapore, Indonesia, Thailand, and Vietnam will revert back to Proview Taiwan.

As the U.S. complaint alleges, Apple was pressed for time as it sought to acquire the IPAD trademarks, in advance of a January 27, 2010 announcement to launch the Apple iPad. In addition, Apple was predisposed to use deception to obtain the trademarks from Proview Taiwan because it knew from prior dealings with Proview Taiwan that Proview Taiwan opposed Apple's use of similar trademarks. To further this deception, Apple used an intermediary, Farncombe International and its Managing Director, Graham Robinson, to create an elaborate but false pretext for the purchase of Proview's IPAD trademarks. Apple created a special purpose company named IP Application Development Limited ("IPAD Ltd."), then concealed the fact that this company was acting as an agent of Apple. Graham Robinson further concealed Apple's involvement by adopting a false alias, Jonathan Hargreaves, which he used when negotiating with Proview.

Shortly before the launch of Apple's tablet device, Robinson, working on behalf of Apple, blatantly misled Proview regarding IPAD Ltd.'s business and IPAD Ltd.'s intended use of the trademark. When Robinson was asked why IPAD Ltd. wanted the IPAD trademark, he replied that it was because IPAD "is an abbreviation for the company name IP Application Development Limited."

The amended complaint reveals that Robinson evaded direct questions from Proview as to the nature of his business by stating that "[IPAD Ltd.] is a newly formed company, and I'm sure you can understand that we are not ready to publicize what the company's business is, since we have not yet made any public announcements". As I said in my last message, I can assure you that the company will not compete with Proview." As Proview Taiwan now knows, these statements by Apple's agent were patently false.

"Proview Taiwan had concerns about the purchaser's intentions, and was very diligent in trying to understand the facts surrounding its interest in Proview Taiwan's IPAD trademarks. But even careful diligence is ineffective when the counterparty is engaging in intentional fraud," said Cal Kenney.

The relief Proview Taiwan seeks from Apple includes compensatory damages and disgorgement of Apple's profits from the unfair competition, as well as an injunction to stop Apple's continued use of the fraudulently-obtained trademarks.

"Apple obtained the iPad trademark by defrauding Proview Taiwan through tactics that involved explicit misrepresentations, and the use of foreign entities specifically created to perpetrate the fraud," said Cal Kenney. "By filing the complaint in the California Superior Court, Proview Taiwan seeks the truth about who at Apple orchestrated the fraud, and the specifics of how it was implemented. Proview Taiwan believes that when the truth is exposed, the full weight of Apple's fraudulent and nefarious behavior will be revealed and the appropriate remedies will be obtained." 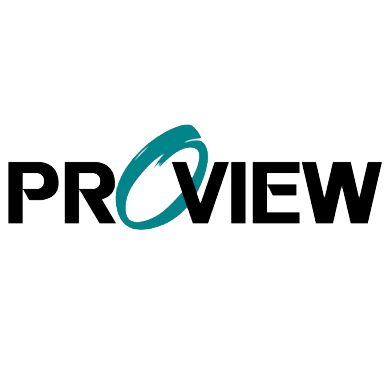 ted - February 28, 2012 at 9:00am
when apple sells device they also require user to accept agrrement stating how the device can be used and for what purposes. Proview made a point and is on right track to pump fraudster
Reply · Like · Mark as Spam

Tim - February 28, 2012 at 1:12pm
Irrelevant, it was an outright sale made to hide intelectual properties of a large company. Also so they dont get boned just like they are now. Out of greed. And once a device is paid for in full apple doesn't care if you use it for something else, other than removing support. Which makes sense. This is kinda only since last year tho.
Reply · Like · Mark as Spam

ted - February 29, 2012 at 1:41am
This is about ProView IP not Apple's and you should improve reading skills. And yes Proview has every right to "bone" Apple just as Apple "bones" buyers of their IP. When you learn to read agreement updates you accept once in a while to be able use their devices you might understand Apple hypocrysy. For example they still push to make jailbreaking illegal
Reply · Like · Mark as Spam

lepaka - February 28, 2012 at 7:46am
will be not a easy fight, but is clear Proview Creditors are willing to go ahead to try to get more money. i am sure they will not win this one in US, it is very easy Apple never did any business/contract with Proview. so if Proview was cheated, it was by IPAD Ltda not by Apple.
Reply · Like · Mark as Spam

Tim - February 28, 2012 at 4:25am
This situation is why they were intentionally misled in the first place. Yes it's deceiving, but its a trademark. It's not a child you adopted and promised child services you wouldent abuse. Proview is just digging for apples billions it has in spare change. Unfortunately in our world I bet they win.
Reply · Like · Mark as Spam
1 More Comment
Recent