The Justice Department has warned Apple and five publishers that it plans to sue them for colluding to raise e-Book prices, according to the WSJ.

The five publishers facing a potential suit are: Simon & Schuster, Hachette Book Group, Penguin Group, Macmillan, and HarperCollins Publishers Inc. Some of these publishers are reportedly in talks to find a settlement.

As part of the change to the "agency model" Apple stipulated that publishers couldn't let rival retailers sell the same book at a lower price.

"We told the publishers, 'We'll go to the agency model, where you set the price, and we get our 30%, and yes, the customer pays a little more, but that's what you want anyway,'" Steve Jobs was quoted as saying in his biography.

Publishers were then able to force retailers into that model. "They went to Amazon and said, 'You're going to sign an agency contract or we're not going to give you the books,' " said Jobs. 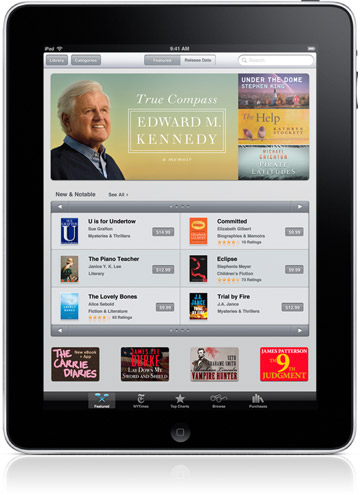 Lm - March 8, 2012 at 9:58pm
That is so blatantly price fixing! Steve Jobs must really be stupid if he thought he can get away that.
Reply · Like · Mark as Spam

Pain Reaper - March 8, 2012 at 9:14pm
If Amazon can't keep the same, low prices as Apple it's because their platform is shit! And now they want to punish us, the consumers, by trying to force Apple to raise their prices.. Amazon can go and die in HIV!
Reply · Like · Mark as Spam