Demand for the iPhone 4S is still growing, according to a March survey conducted by ChangeWave Research.

Fortune notes that "Despite growing competition and rumors that the company may be releasing a new model next fall, 56% of the respondents who plan to buy a smartphone in the next three months plan to buy an iPhone -- up 2 percentage points from the last survey, taken at the height of the holiday shopping season."

ChangeWave research director Paul Carton notes that 56% is the second highest percentage his firm has ever recorded, second only to a survey taken just before the launch of the iPhone 4S.

Take a look at the charts below... 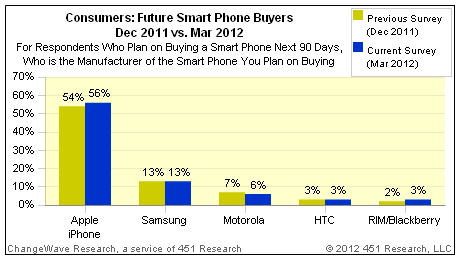 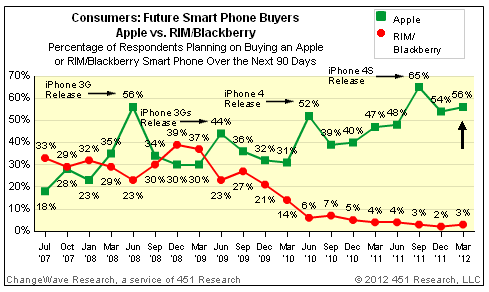 talong - April 12, 2012 at 6:42pm
i gave away my iphone 4s and stick with my iphone 4. they got better display. unlike the iphone 4s where display image is yellowish, iphone 4 color is very good. i don't know why they did'nt retain this quality whenever they release a newer idevice.
Reply · Like · Mark as Spam