Steve Jobs wanted to give the millionth iMac customer a Willy Wanka tour of the Apple factory, according to a tidbit from Ken Segall's new book, Insanely Simple: The Obsession That Drives Apple's Success.

MacRumors relays a story that takes place after the launch of the original iMac. Steve Jobs was looking for a high profile way to celebrate the sale of the millionth one.

Steve's idea was to do a Willy Wonka with it. Just as Wonka did in the movie, Steve wanted to put a golden certificate representing the millionth iMac inside the box of one iMac, and publicize that fact. Whoever opened the lucky iMac box would be refunded the purchase price and be flown to Cupertino, where he or she (and, presumably, the accompanying family) would be taken on a tour of the Apple campus.

Steve had already instructed his internal creative group to design a prototype golden certificate, which he shared with us. But the killer was that Steve wanted to go all out on this. He wanted to meet the lucky winner in full Willy Wonka garb. Yes, complete with top hat and tails.

Apparently, people were amused by the idea but not so enthusiastic about it actually happening. In the end California law put a stop to the idea since it requires all sweepstake contests to allow entry without a purchase.

Insanely Simple is available to purchase from Amazon for $16.95. 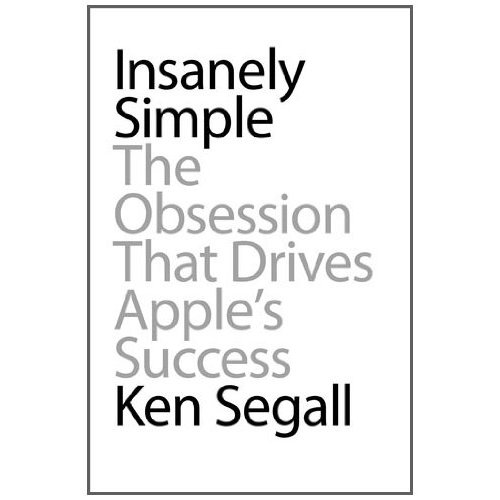 cabron sin cojones - May 1, 2012 at 12:17am
Can i get California lottery tickets without purchasing them??
Reply · Like · Mark as Spam

Pain Reaper - April 27, 2012 at 12:54pm
Can't Apple do it without informing the consumer to get around the law regarding it to be a competition/lottery..?
Reply · Like · Mark as Spam