Samsung says it has several negotiation options with Apple including cross-licensing, ahead of ordered settlement talks, reports Reuters.

"There is still a big gap in the patent war with Apple but we still have several negotiation options including cross-licensing," Shin told reporters at Seoul airport shortly before leaving to the USA.

Shin is accompanying Samsung CEO Choi Gee-sung who is scheduled to meet Apple CEO Tim Cook for negotiation. Magistrate Judge Joseph C. Spero has set the talks for May 21-22, starting each day at 9:30 a.m. Pacific. 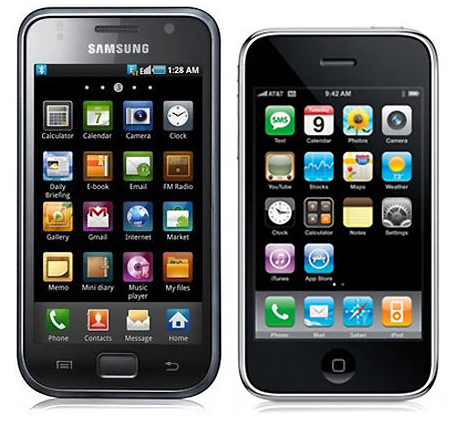 Michallo - May 26, 2012 at 11:02pm
What Frankenstein is going to arise out of Apple's cooperation with Samsung? olejek arganowy
Reply · Like · Mark as Spam

Kit - May 21, 2012 at 9:00am
A clear admission from Samsung that they've been ripping off Apple patents, why else would they be happy to go into licensing deals with them. Fucken scumbag Korean cunts, I wouldn't give them my farts to breath. Fuckem!
Reply · Like · Mark as Spam

Cousin it - May 21, 2012 at 2:35am
You idiots are just that, idiots. It makes complete business sense to cross license your patent products or services because revenue speaks ultimate volume in the end. You'd be a compete dumbass to not want to make money with your enemy instead of being a bitch and acting like a 12 year old girl withering doesn't want to share her dolls.
Reply · Like · Mark as Spam