Plans for the new store were submitted to the City last October, but they went virtually unnoticed by the public because the company was not named. On May 11, the final plans were handed over to the City's Development Office. They detail the construction and elaborate design of the project, and the Apple Store is prominently named. One seasoned industry observer who had viewed the early drawings called the building design exquisite. "It makes an elegant and dramatic statement. It is destined to become Apple's flagship store," he said. The structure features a tall glass cube with an overhang that extends well beyond the building. "It makes the space between the outside and the inside almost indistinguishable," the source said, adding that it will bear some similarity to New York's Apple Store Fifth Avenue, which also has a distinctive glass cube as an entrance.

The new store will replace the vacant Rugby Ralph Lauren and Williams Sonoma Home stores. It's expected to finish construction in mid-November. 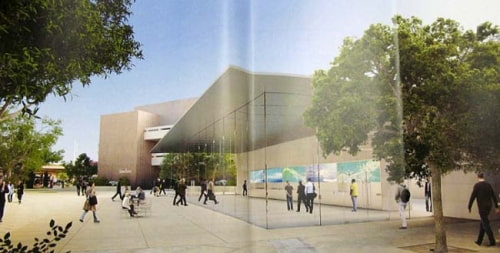