Richard|Solo has released an improved version of their iPhone Backup Battery called the RichardSolo 1800 Battery — just snap it on and it begins to charge instantly. It is certified both "Works with iPhone" and "Made for iPod", and for both the original iPhone and the iPhone 3G.

It has 1800 mAh of capacity, which is enough to completely charge your iPhone, and have reserve power left over. It is the only battery available that actually "latches" onto your iPhone, and a support brace is included to make it super secure. 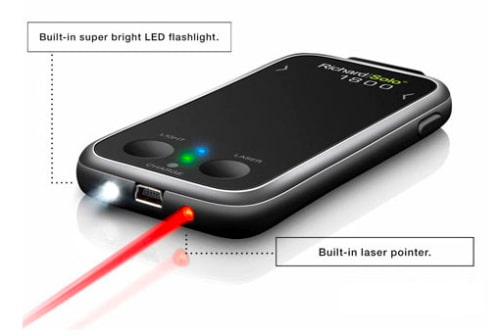 At night, snap the battery and iPhone together, and charge them both overnight with our charger. You'll wake up in the morning with both fully charged. When you travel, you don't need the Apple charger. Just take this one. 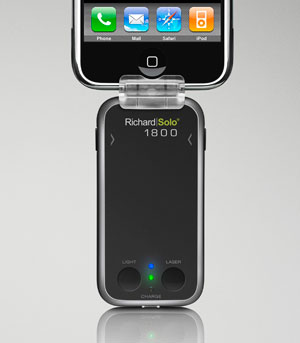 It works for all models of iPhone and iPod, including the 3G, except for iPod shuffle. There are three color LED lights to show you the status of the charge. And if all that were not enough, enjoy the built-in ultra-bright LED flashlight, and also the built-in laser pointer; your cat will be entertained for hours!"

The RichardSolo 1800 costs $69.95 and includes free U.S. and Canada shipping and no tax outside California. GST does apply to Canadian orders. 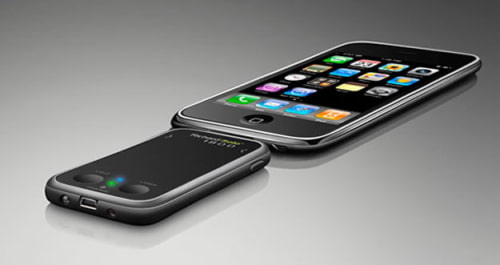 Chris - November 11, 2008 at 4:48am
@Anthony I think its aimed more for over night trips or be left in the car and so on.... more than for you to carry around EVERYWHERE you go in case your phone goes flat.... Which also means it can be slightly bigger than most,
Reply · Like · Mark as Spam
0