Foxconn Chairman and President Terry Gou has reportedly said that the next generation iPhone will put the Samsung Galaxy S III to shame, according to FocusTaiwan.

The site reports on the Tuesday edition of the China Times that said Gou's made it his lifetime goal to defeat Samsung -- "a company with a track record of snitching on its competitors."

Gou was referring to Samsung's 2010 decision to snitch on four Taiwanese companies in an EU investigation on price-fixing in the flat panel industry. The company was exempted from the investigation for agreeing to serve as a "tainted witness."

Gou also urged consumers to wait for the launch of Apple's iPhone 5, saying that the new model will put Samsung's Galaxy III to shame. With Hon Hai's marketing and manufacturing strengths and Sharp's key technologies, the two will be able to defeat their arch-rival Samsung, the chairman said.

"I respect the Japanese and especially like their execution and communication styles," Gou said, "Unlike the Koreans, they will not hit you from behind." 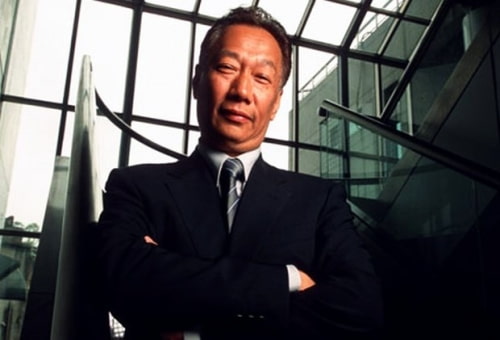 Crunch - June 21, 2012 at 8:36pm
haha...It's not like we need him to tell us that the iPhone 5 will beat down/club to death/strangle with rusty barb wire the Samsung Galaxy S III.
Reply · Like · Mark as Spam