Apple has been granted a patent for an inductive charging dock, reports PatentlyApple.

The patent was originally filed in Q1 2008. It credits Victor Tiscareno, John Tang and Stephen Zadesky as the inventors and it is numbered 11/970,504.

More info at the link below... 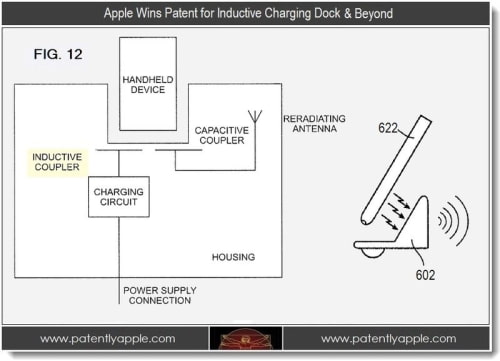 madcow - June 26, 2012 at 8:38pm
Would make sense with an iPad especially for picture frame mode (or other modes like weather and even a possible app api radio stations etc.) while charging. Like HP did with their touchpad.
Reply · Like · Mark as Spam