GameDock lets you turn your iPhone in to a gaming console that works with classic Nintendo-style controllers and outputs to your television.

With the GameDock for iOS you can play classic games the way they were meant to be played: with two controllers and a TV. Just plug the dock into your TV like a video game console and your iOS device into the dock like a game cartridge. The GameDock is designed to be compatible with existing iCade games and for dock-ready games that include two-player support and full 1080p HDTV output.

Take a look at the video below for more information... 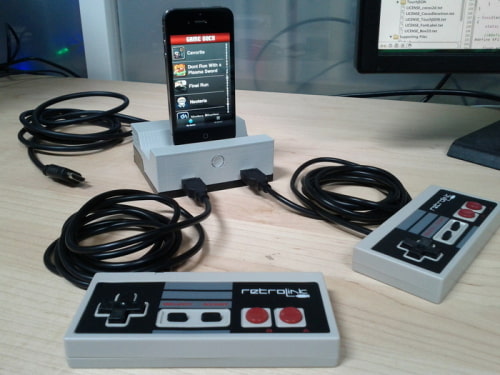 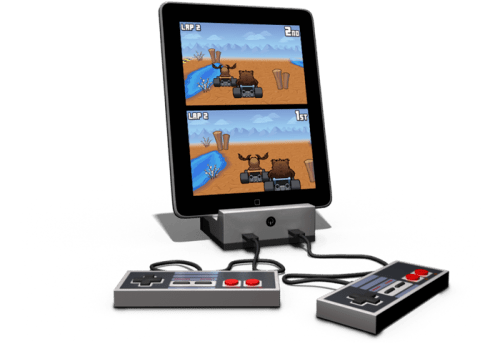 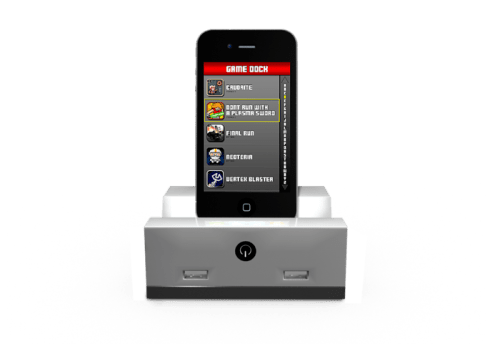 carlbaker - November 27, 2014 at 7:06am
It just a slight good quality when using this on iPad, its much better than of built control of the device. But is this possible to also use on PC games where the screen is large enough to play and view even more quality game. My kids are always playing games for girls online, its working though in responsive mobile view yet they need to have this one played on PC.
Reply · Like · Mark as Spam

Jojo - July 6, 2012 at 2:12pm
They should wait for the iphone launch so they can bundle a peripheral adapter for the current adapter on the system if you get what i mean. Like an adapter that goes on the old iphone dock thus converting it to the new one so you have two choices. I know i have a good business aspect =)!
Reply · Like · Mark as Spam

Mo berry - July 6, 2012 at 12:24am
Wouldnt be that hard to have removable connectors to accomodate both old/new if apple does change connectors
Reply · Like · Mark as Spam

Chael - July 5, 2012 at 10:38pm
Its true there are so many people waiting for the next iPhone , and assuming that it really will have a different type of connector that could crash your whole idea to the ground , fuck that lets think on what it's coming now
Reply · Like · Mark as Spam

thejett - July 5, 2012 at 9:47pm
Okay in theory, but what about games? Do I have to own all the ancient cartridges to play the ROMS? The licensing is going to destroy your investment.
Reply · Like · Mark as Spam
2 More Comments
Recent