Steve Jobs' iPad was stolen from his home last month and made its way to Kenny the Clown who used it to entertain children, reports Mercury News.

The clown used the iPad to play Michael Jackson and the Pink Panther theme song while he entertained kids and tourists during his routine. He didn't know who the tablet belonged to until after the police showed up to take it away.

"It would be like getting a football from Joe Montana that was stolen out of his house," said the 47-year-old professional clown, whose real name is Kenneth Kahn. "It's bizarre; it's really bizarre."

Kahn was given the iPad by Kariem McFarlin who is being charged with robbing Jobs residence on July 17th. Kahn also gave an iPad to his daughter. Both devices were recovered after his arrest on August 2nd.

"I didn't notice anything special or anything like that," said Kahn, who had the device for several days before giving it police. "It was silver; it looked normal. I was basically using it like an iPod." 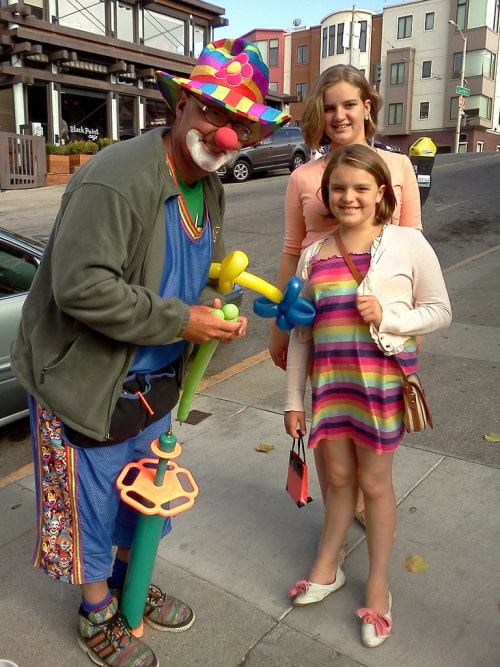 Hells yea - August 17, 2012 at 4:38pm
Thank god. i was really worried they wouldn't crack the case on this amazing mystery. Big news everybody!
Reply · Like · Mark as Spam

PineappleSauce - August 17, 2012 at 4:35pm
Yeah right. If someone would try to sell me a Lincoln Continental with Kevlar reinforced skin, bulletproof glass and I would say it looks and feels like any normal limousine. He is truly a clown!
Reply · Like · Mark as Spam
Recent