Following the recent announcement that Apple will no longer be attending MacWorld Expo, Reed Exhibitions has canceled Apple Expo Paris

In 2005 Apple canceled Steve Job's keynote at the Paris Expo. Jobs instead held a Q & A.

In 2008 Apple did not attend the Apple Expo Paris at all, saying they were participating in fewer trade shows. 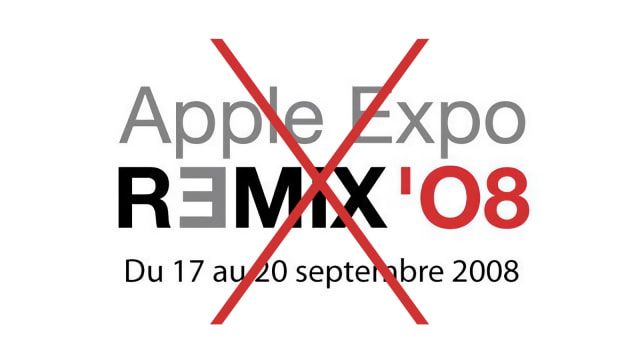