Pod2g has announced the formation of new Dev-Team consisting of himself, MuscleNerd, Planetbeing, and Pimskeks.

We (+ @MuscleNerd @planetbeing @pimskeks) are the @evad3rs. We don't take any donations ATM, please don't be fooled at donating to others.

Notably, the team submitted a paper entitled, "Swiping through modern security features" to #HITB2013AMS the Hack in the Box security conference taking place in Amsterdam on April 8 - 11, 2013.

It appears that planetbeing and pod2g have found the necessary vulnerabilities to release a public jailbreak and are waiting for iOS 6.1 to drop before doing so. 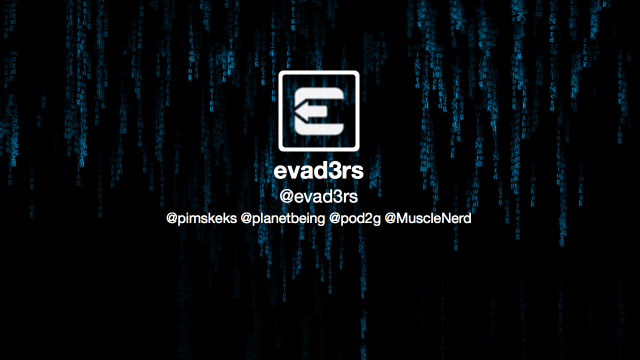 iProService.com - January 25, 2013 at 10:06am
Hey pirates, stealing is not what jailbreaking is for. As for those claiming they will donate, they do not accept donations. If you really want to donate, put your $, €, and £ where your mouth is and BUY their apps!!!
Reply · Like · Mark as Spam

Mike - January 25, 2013 at 9:59am
Ready to donate always and anytime Great deserves greatness Thanks team have free reservations In our hotel any time in put county
Reply · Like · Mark as Spam
13 More Comments
Recent