“While the most popular games and their business models are quite distinct, Nintendo and Apple were surprisingly close in terms of aggregate consumer spend on game software in the fourth quarter of 2012,” said Lewis Ward, IDC’s gaming research manager. “Seasonality is more pronounced in the dedicated handheld space and we hope this report series will help clarify the evolution of portable gaming dynamics in 2013 and beyond.”

Check out the charts below or download the full report here. 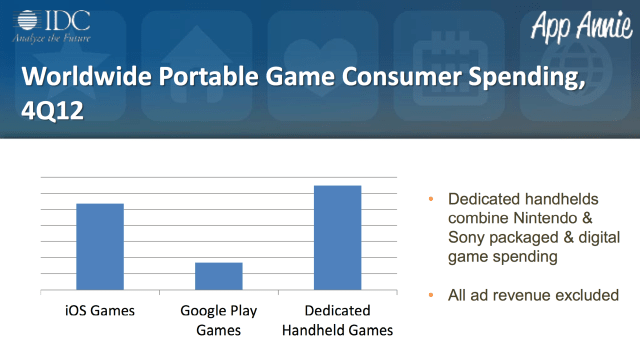 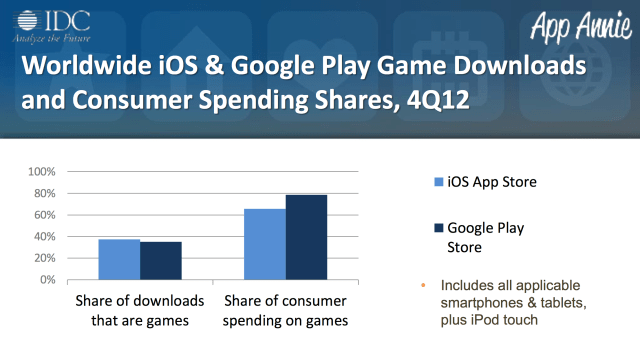 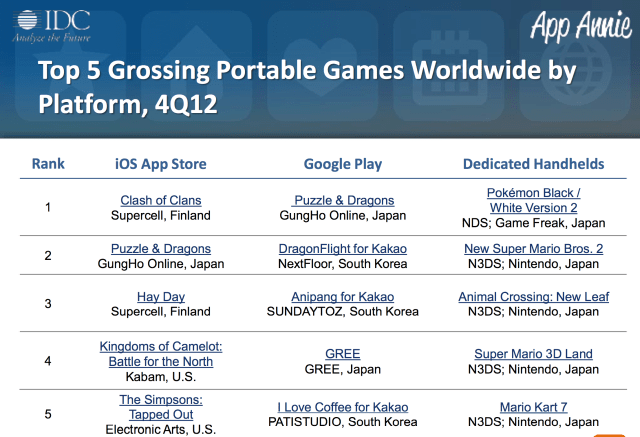