Apple has made an offer to record labels for its rumored music streaming service that is half what competitor Pandora is paying, reports the New York Post.

Recently, it was also reported that YouTube is looking to launch its own music streaming service later this year. 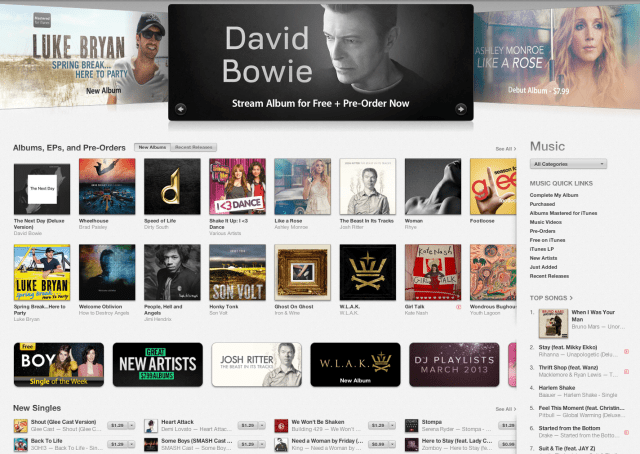 Jack black - March 7, 2013 at 8:44pm
This article is incorrect when it states: "The tech titan, the most valuable company in the world". Exxon mobile is more valuable and that's just off the top of my head I'm sure I could think of more if I wanted to. Please correct this error
Reply · Like · Mark as Spam
0

MrEdofCourse - March 7, 2013 at 9:58pm
They're obviously measuring value by market cap, and by that measure, they are correct. Apple currently, as of this writing, has the highest market cap in the world at 404.34 Billion compared to 2nd place Exxon Mobile at 399.37 Billion. Good luck thinking of more if you want to.
Reply · Like · Mark as Spam
0

justabrake - March 7, 2013 at 8:27pm
I pay $35 a year with pandora and would never go anywhere else they are to far advanced then them all out their.
Reply · Like · Mark as Spam
Recent