"We were kicking around the idea of making a fake Steve Jobs movie trailer, and as often happens in a writers’ room, the joke kind of escalated," said producer Allison Hord. Pereze wrote the 81 page script for 'iSteve' in three days; it was taped in five.

You can watch the movie at the link below... 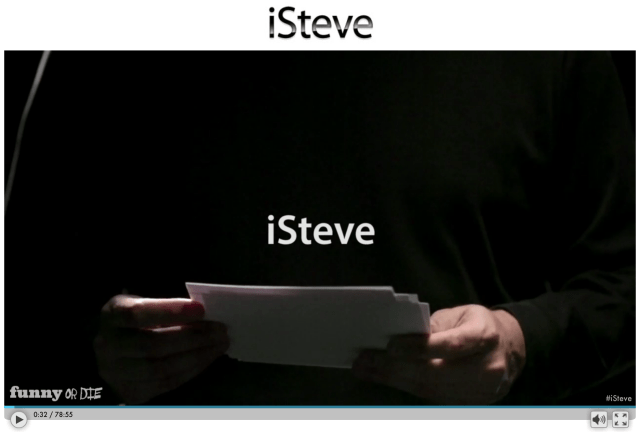