Both Apple's iPhone and iOS have increased in U.S. market share each month this year, according to comScore. A new report released today breaks down U.S. market data for the three month period ending April 30th.

Smartphone OEM Market Share
138.5 million people in the U.S. owned smartphones (58 percent mobile market penetration) during the three months ending in April, up 7 percent since January. Apple ranked as the top OEM with 39.2 percent of U.S. smartphone subscribers (up 1.4 percentage points from January). Samsung ranked second with 22 percent market share (up 0.6 percentage points), followed by HTC with 8.9 percent, Motorola with 8.3 percent and LG with 6.7 percent. 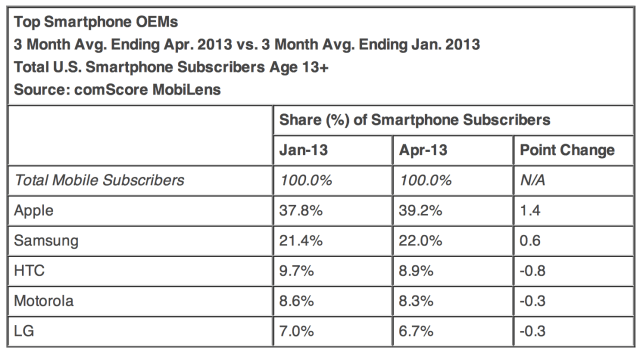 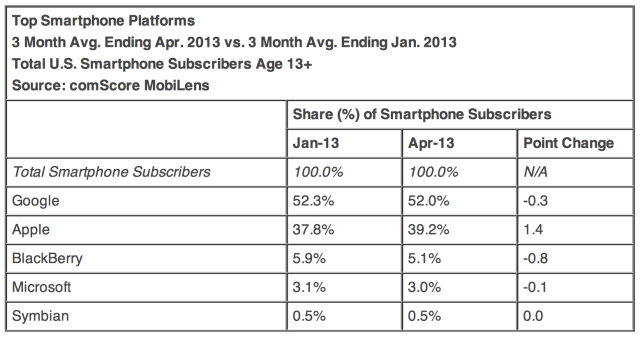 Here's the data for January, February, and March if you're interested in seeing the progression. Apple's iPhone had 37.8% of the market in January. iOS had 37.8%. (Based on a three month average).