Documents were seized during the raids; however, it's unclear how many and for what reason the raids occurred.

TNW notes that the search may have been prompted by the company's anti-competitive behavior. eBizcuss sued Apple in December 2011 after the company suffered a 30% drop in the third quarter of 2011 when iPad 2 and MacBook Air supplies "dried up". It was forced to liquidate on July 31, 2012 after 36 years in business.

Apple has also been fined multiple times for misrepresenting the warranty coverage of its devices to customers. It apparently failed to pay 5 million euros ($6.5 million) in royalties and taxes on iPads sold in France in 2011 and a French minister Fleur Pellerin recently threatened Apple with EU action over its forced removal of AppGratis from the App Store calling the decision "extremely brutal and unilateral.... This behaviour is not worthy of a company of this size." 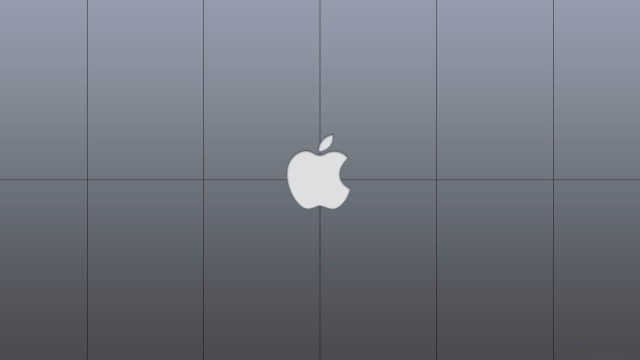 bobas - July 1, 2013 at 11:25pm
at least it shows they love their country unlike dumbases eager for every opportunity to sell national secrets to soviets for few rubles
Reply · Like · Mark as Spam

icrunch - July 1, 2013 at 8:01pm
Ohh, the French again...feeling left out, unnoticed, envious...The French govt. recently noted that it felt the need to tax Apple for "its cultural impact". HAHAHAHHHHAHAHH... You ain't foolin' nobody, France. Paris is a sh**hole, your people are rude, obnoxious, inherently unfriendly, and let's not forget the omnipresent lack of bathing makes you a fundamentally disgusting place. Do the honorable thing and put a bullet through your head tonight. Resistance is futile. Your country's legacy is worthless. And don't forget to buy the iPhone 5S. You know you will. Au revoir, a-holes.
Reply · Like · Mark as Spam

A frenchy - July 1, 2013 at 11:23pm
"... Paris is a sh**hole, your people are rude..." Are you under crack ? French people are rude ? - Your country has practiced torture in Guantanamo. - Your country has launched 3 atomic bombs on innocent civilians. - Your country, in 2013, still apply "death sentence". - Your country spies everybody, even its allies. And we, french people, are rude ? Paris is a sh**hole ? Resistance is futile ? Well, you are definitely under crack. Keep the bullet for your head idiot! Don't get me wrong though... I have nothing against America. You live in American, I do live in France and that is fine that way. And I've lived in the US also... I can compare, you know.
Reply · Like · Mark as Spam

I'm french.... VIVE APPLE. - July 1, 2013 at 11:34pm
Well, you are an unrefined slob and your comments are futile. Resistance is not, futile, but you are. You know what ? I'm french and I do love APPLE products. I also like most of the americans, the cultivated and open minded ones. Not the rednecks like you. Keep the bullet for your head or you arse... your choice.
Reply · Like · Mark as Spam

icrunch - July 2, 2013 at 5:53am
Yes, I'm "under crack". LOL...I love that. hahah...Son, you want to talk about having bases for comparison? YES, the cliche is true: French people are rude, unhelpful - particularly to Americans - they, by and large, reek to high heaven to the point where they're poking holes into the ozone layer of whatever it was that tried to make itself through their digestive system, but couldn't, so now the sludge that you guys call "food" is trying to press through the skin. So yes, I've lived in Europe for many years. Hell, all it takes for me to get nauseous is when Orbitz tells me that my flight connects through Charles de Gaulle airport. And by the way, you be careful now what you say on the interwebs, mon ami, because our govt. has your IP address and if you keep talking shit, you might just end up with a one-way ticket to Guantanamo Beach! Yes, Beach! You must come for a visit. Forget Miami Beach or Santa Monica. We've got some killer waves for waterboarding down there. ;-) Believe you me, you simply must try it. You're not gonna (wanna) leave. Surf's up, dude!
Reply · Like · Mark as Spam
10 More Comments
Recent