Apple is holding a special press event tomorrow at 10 a.m. Pacific Time. Here's a look at what the company is expected to announce.


First up is the 'iPhone 5S'. The seventh-generation iPhone will likely feature the same body and 4-inch display as the iPhone 5; however, it will reportedly come in two additional colors: Gold/Champagne and Grey/Graphite. It's believed that the smartphone will receive an upgraded camera with a f2.0 aperture and dual-LED flash; as well as, the ability to record video at 120fps. The iPhone 5S is rumored to keep the same megapixels as the current iPhone 5 (8MP)

Inside the phone, Apple is expected to put a new A7 processor with 1GB of RAM. The device is also rumored to be available in a 128GB storage configuration. There has been no evidence that Apple will switch to a 32/64/128gb lineup, compared to its current 16/32/64gb options, but we're hoping to see the 16GB model dropped especially considering the fact that the iPhone 5S will be the 'high-end' model.

The most notable and debated new feature for the iPhone 5S is a fingerprint scanner which will allegedly be embedded into the Home button. Supposedly, the new Home button will have a metal ring surrounding it. Rumors of a fingerprint scanner for the iPhone have been swirling ever since Apple acquired Authentec. The sensor is rumored to be used exclusively for unlocking the device, adding an extra layer of security.

For those who are hoping for some extra excitement there are rumors predicting an IGZO display, PowerVR SGX 554MP4 graphics, 2GB of RAM, a 12 MP camera, and support for 4G LTE-Advanced networks; however, there is little evidence to corroborate those claims.

The iPhone 5S is expected to remain at the same price points (starting at $199 with a 2 year agreement) as the iPhone 5 and go on sale on September 20th. Pre-orders could start earlier - perhaps Friday, September 13th.


Apple is also expected to launch the 'iPhone 5C'. Quite possibly the most major announcement of the day, the iPhone 5C is predicted to be a new lower-cost lineup of colorful smartphones with a polycarbonate body. The plastic body for the upcoming device has been excessively leaked online in white, green, yellow, red, and blue. The device looks very much like an iPhone 5 but with rounded plastic shell.

Internally, the iPhone 5C is thought to have similar if not identical specifications to the current iPhone 5 utilizing the same 8MP camera, A6 processor, and 4-inch display.

Apple is said to working with an increased number of carriers including China Mobile to reach more customers. The iPhone 5C is expected to cost around $450 without a contract making it more attractive to emerging markets.


Apple TV. There are some indications that Apple could announce some improvements to the Apple TV software. According to a recent report, a new feature would let you play content you've purchased from iTunes on a friends Apple TV without having it stored on your iPhone.

As for iOS 7, Apple will probably release the GM seed to developers tomorrow, September 10. It will most likely be shipped out to the public sometime next week -- perhaps September 17 (speculation). We don't expect any major changes to be introduced in the Gold Master.

iPod. At this point there hasn't been any solid evidence that Apple will released updated iPods at the event.


Apple has many more updates planned this fall. The company is expected hold at least one additional event for iPad updates and there's a slew of updates required to upgrade its Macs to the new Haswell processor.

Please follow iClarified on Twitter, Facebook, Google+, or RSS to be informed of anymore updates. We'll be posting a link to our live blog covering the Apple press event shortly. 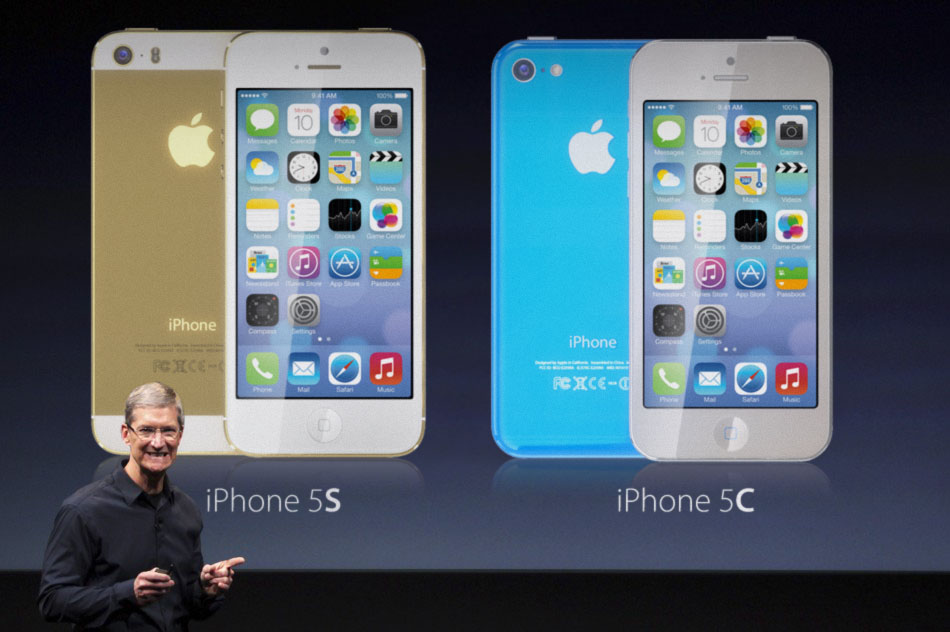 arjunsinghal - September 10, 2013 at 5:02pm
The present line up of Apple Products, does not have one item that is not built around a metal frame (aluminium or stainless steel) and glass for the facia/touch sensitivity... And today apple is about to go back on that with the iPhone 5C and the Mac Pro which was earlier previewed. Ugly.
Reply · Like · Mark as Spam
1

NitroJunkie - September 10, 2013 at 9:22pm
For your information the Mac pro is made of aluminum not plastic. Do some research before you make yourself sound like an idiot.
Reply · Like · Mark as Spam

Noman - September 10, 2013 at 7:19am
Lets see - Lumia 925 or iPhone 5C, after 6years with iPhone hoping that they release something that keeps me interested - and gotta get JB to iOS 7 asap otherwise im another lost long time customer.
Reply · Like · Mark as Spam