KGI Securities analyst Ming-Chi Kuo has issued a new research note claiming that the iPhone 5S will be available in gold and have a 128GB storage option.

We also forecast the new model will add a new look, a golden casing, and a new option for larger 128GB storage, to offer greater differentiation from iPhone 5.

A new 128GB storage option would double the currently available storage for the iPhone 5. This would be welcomed improvement for those who store a lot of media on their devices. Notably, Apple has already increased the storage on its iPad to a max of 128GB.

We reckon A7 will upgrade memory bandwidth spec to LPDDR3 from LPDDR2 adapted by A6, in an effort to improve system performance. Since Apple is in charge of both hardware and OS design, it is capable of minimalizing memory capacity at an optimized state. Therefore, A7’s RAM will likely be unchanged at 1GB.

In a previous note, Kuo predicted the iPhone 5S would have a convex sapphire home button with a built-in fingerprint sensor.

Apple is expected to unveil the iPhone 5S on September 10th. 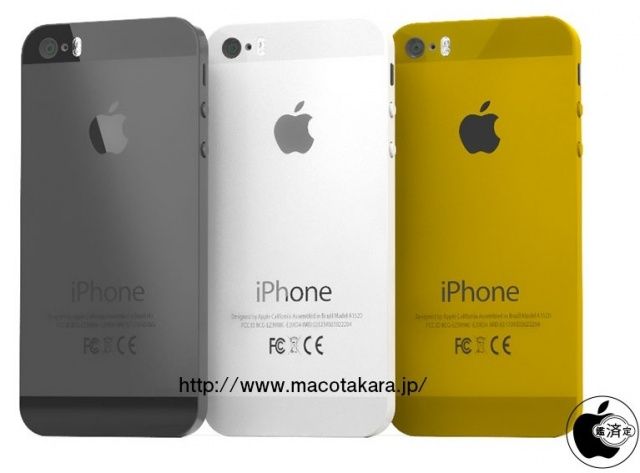 Fackyo - August 16, 2013 at 5:32pm
Oh yea f**ck face.So no1 is going to buy an Iphone5s? I have all the phones that are on the market as we speak..none of them come close to my experience to an Iphone5. Galaxy S4,Galaxy S3 Nexus 4,I am about to get that Nexus 7 to see the difference. I sell them on ebay all the time Just the resale value Apple product has is way superior .. I put the Galaxy S4 on ebay for 3 days ,only 13 people that looked at it,I had to Re-list this piece of shiit 3 times. On the other hand I put an Iphone5 unlocked 186 people that looked at it and 23 people that watched it. Sold for $ 600, Definitely going to buy that 128Gig for sure.I have a 64gig ONLY 8 Gig left on mine.
Reply · Like · Mark as Spam

Fukran John - August 16, 2013 at 2:59pm
People are not going to buy iPhone from now even if comes with real gold wrapped. This one look like real "SHIT". iSheeps will love this shit
Reply · Like · Mark as Spam