Backblaze, a online backup company, has released a report that offers data on how long hard drives last. Backblaze has over 25,000 disk drives spinning at all times. Over 74% of the drives they've purchased live longer than four years, meaning 26% of drives fail in their first four years of use. 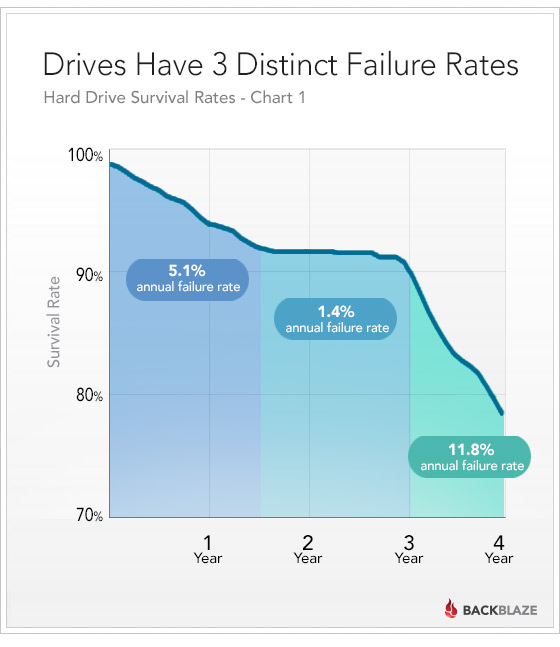 The chart below shows that nearly 80% of all drives Backblaze has purchased are still operational. 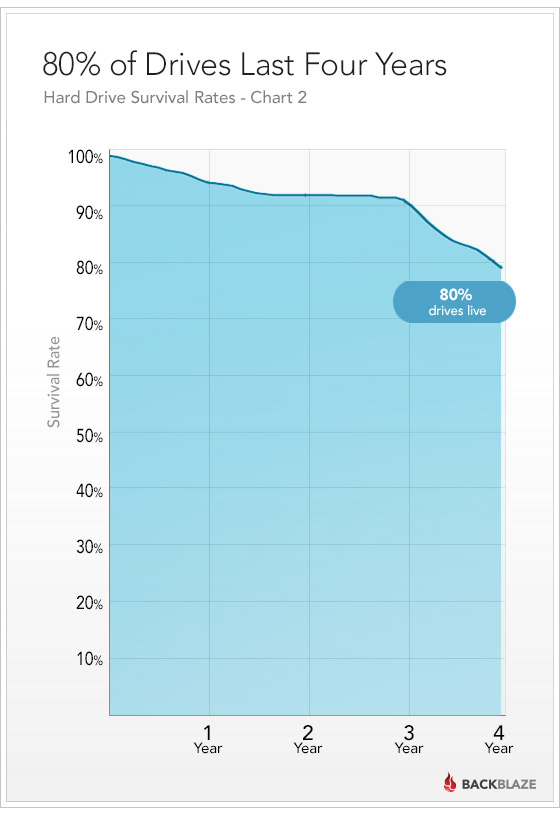 Blackblaze has been running for five years and so doesn't have data for drives older than that; however, they extrapolated the line from the previous chart to estimate the point at which half of the drives have died, determining that, "The median lifespan of a drive will be over 6 years."

Many more details in the full report linked below... 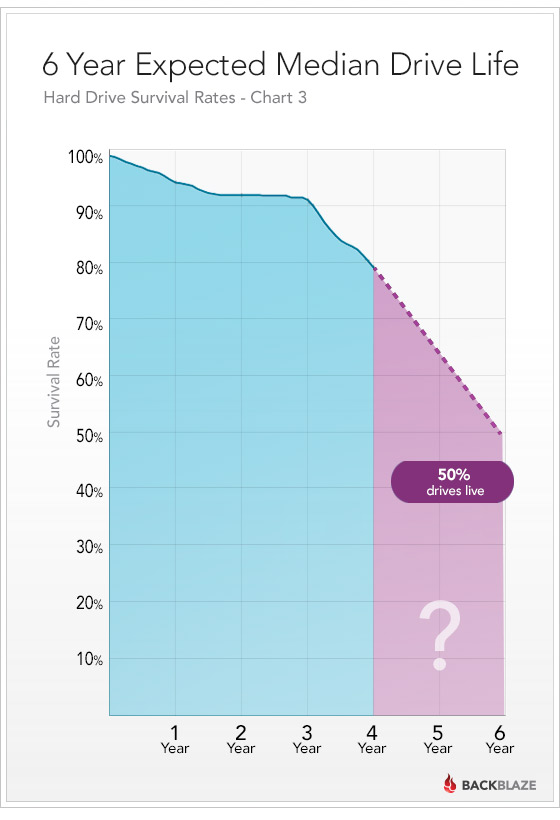 Truffol - November 14, 2013 at 7:29am
This shows the importance of cloud storage doesn't it? Not only does it provide multi-screen access, security is another important factor as you'll never have to back up...
Reply · Like · Mark as Spam

Kr00 - November 13, 2013 at 2:36am
Laptop HDD's fail more often than a desktop or tower, as many carry them around while they're running, tempting the hard drive gods. Kids laptops fail 10 times more than any other user. That being said, I have a 2001 iMac that still runs today, on the original HD.
Reply · Like · Mark as Spam

stokerino - November 13, 2013 at 1:48am
Needs several qualifiers....especially to do with actual use. Their HDDs are spinning 24/7. Mine spin a couple of hours every week. At that rate, mine should last a couple of lifetimes.
Reply · Like · Mark as Spam
9 More Comments
Recent