p0sixspwn, the untethered jailbreak for iOS 6.1.3-6.1.5 has been released for Mac OS X machines for a week now. However, those on Windows with no access to a Mac machine should be excited to hear that the Windows version for p0sixspwn is nearly complete, and is in the final testing stages according to winocm and ih8sn0w.

Winocm has also given the heads up to users who plan on using p0sixspwn for Windows to go ahead and update to the latest version of iTunes installed.

When this jailbreak was released, some developers were upset that a particular exploit was burned for a "6.1.5 jailbreak." Some claim that exploit no longer works in 7.1, while others claim it is still there. Nevertheless this jailbreak is very useful to those who do not like iOS 7 and were previously stuck on firmware 6.1.3-6.1.5.

You can head over to our download page to grab p0sixspwn if you have a Mac computer. If not, be sure to follow iClarified on Twitter, Facebook, Google+, or RSS to be informed when the Windows version is released. 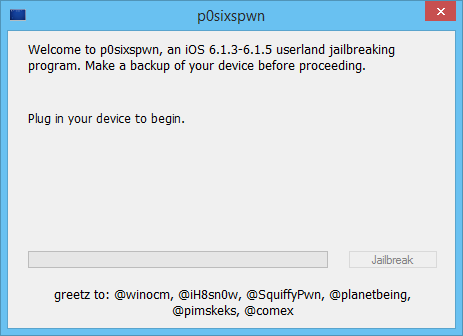 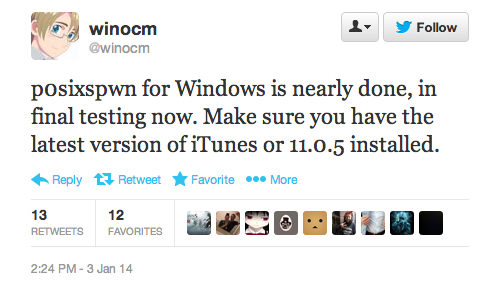