After losing an Apple operations hub to Texas, Arizona was determined to get the company to choose Mesa as the location of its sapphire plant, report Bloomberg.

Last year, when Apple was searching for a place to house a factory that makes a stronger glass for its gadgets, Mesa pulled out the stops. The city, which was ravaged by the 2007 housing crash, offered tax breaks, built power lines, fast-tracked building permits and got the state to declare a vacant 1.3 million-square-foot facility that Apple was exploring a foreign trade zone. With unemployment high, such are the lengths that towns are willing to go to to lure the world’s most valuable company.

“Any time you have a company like Apple come in and invest in your area, especially with this type of operation, it’s significant,” said mayor Scott Smith.

Governor Jan Brewer and the Arizona Commerce Authority estimate that the manufacturing facility will create at least 700 quality jobs in the first year and generate significant capital investment. The project also will produce approximately 1,300 construction and other associated jobs for the people of Arizona.

GT Advanced Technologies is partnering with Apple on the plant and will own and operate ASF furnaces and related equipment to produce sapphire material for the company. It's believed that Apple is planning to use sapphire glass for iPhone 6 in place of gorilla glass.

Apple's codename for the operation was “Project Cascade,” according to government records. 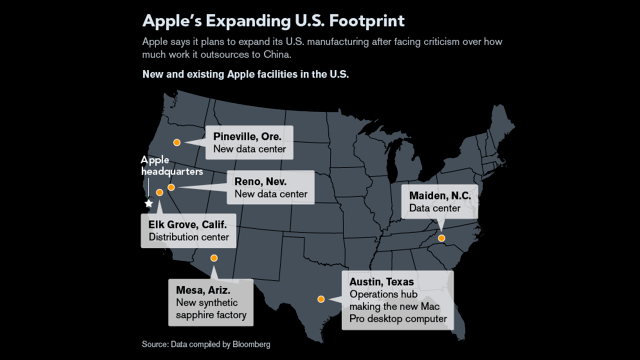