The Angry Birds Star Wars II game has been updated with 40 new 'Rise of the Clones' levels set on Kamino and Coruscant.

The Force is strong with this one. Get ready for Angry Birds Star Wars II – the epic follow-up to the #1 smash hit game! Based on the Star Wars movie prequels, use the Force for good against the greedy Pork Federation or choose a much darker path. That’s right; for the first time ever you can “Join the Pork Side” and play as the fearsome Darth Maul, Emperor Palpatine and many other favorites!

FEATURES:
● JOIN THE PORK SIDE! For the first time ever play as the pigs! Wield Darth Maul’s double-bladed Lightsaber, or play as Darth Vader, General Grievous and other villains!

● TELEPODS! A groundbreaking new way to play! Now teleport your favorite characters into the game by placing your Angry Birds Star Wars Telepods* figures on your device’s camera!

● BECOME A JEDI OR SITH MASTER! So many Bird and Pork Side levels to master, plus a bonus reward chapter and a ton of achievements to unlock!

● SWAP CHARACTERS AS YOU PLAY! Switch characters in the slingshot at any time – yours to earn or purchase!

● ToonsTV READY TO GO! The home of the hugely popular Angry Birds Toons animated series, plus many other top-quality videos!

WHAT'S NEW IN THIS VERSION:
The saga continues in the RISE OF THE CLONES chapter! Battle your way through 40 new levels set on Kamino and Coruscant!

● NEW ELEMENTS! Navigate the fast-flowing waters on stormy Kamino, and get an extra boost from the air turbines on Coruscant!

● 20 NEW PORK SIDE LEVELS! Destroy the Republic’s Clone Army on Kamino and face off against the mighty Jedi!

● 20 NEW BIRD SIDE LEVELS! The Sith have taken over the skies of Coruscant – use the Force to take them down!

● MORE SECRET LEVELS! Track down the hidden maps to unlock two secret levels on each side!

● LAST CHANCE BIRD! If you need just one more bird to complete a level, try using the Last Chance Bird!

You can purchase Angry Birds Star Wars II from the App Store for $0.99. 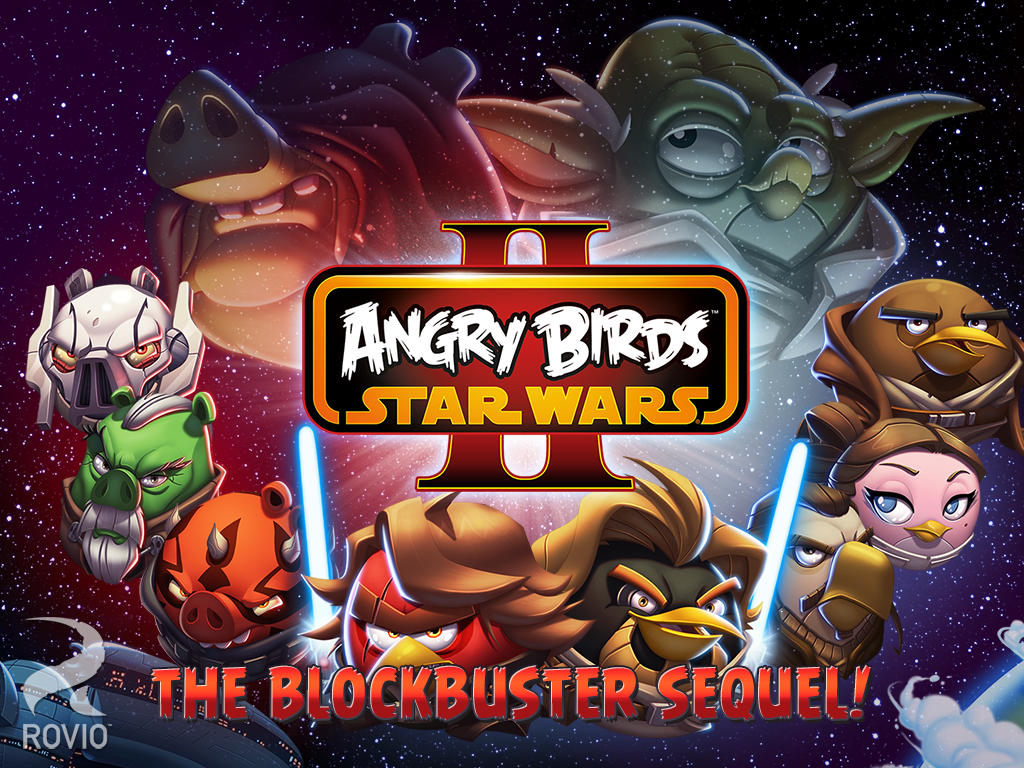 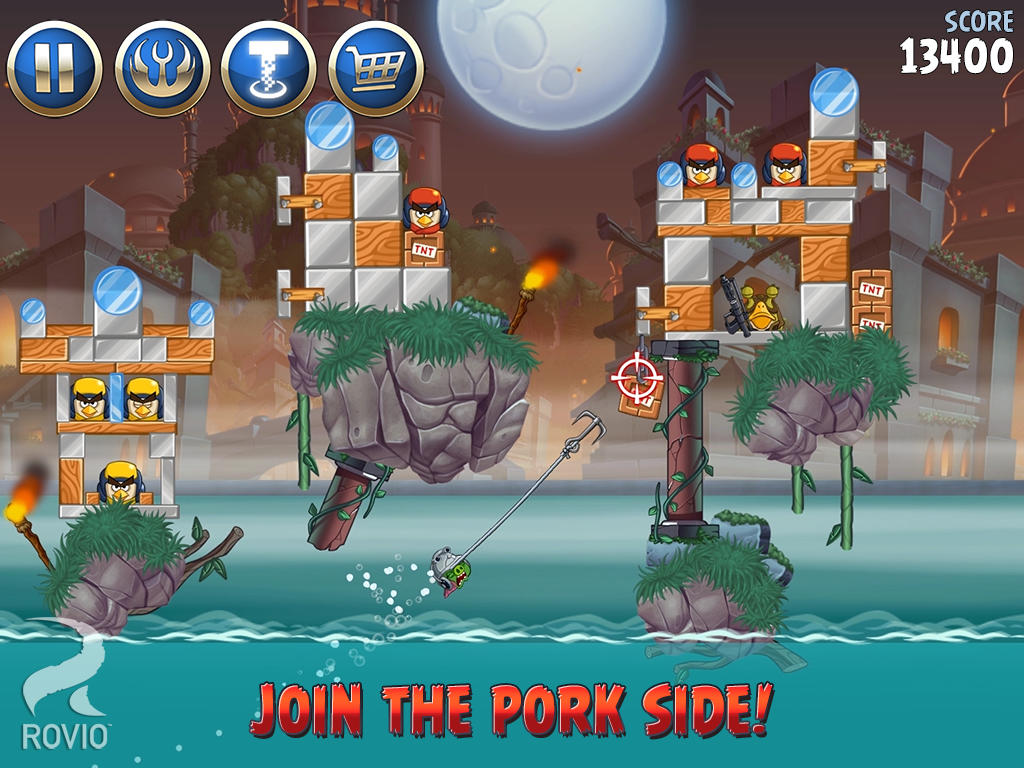 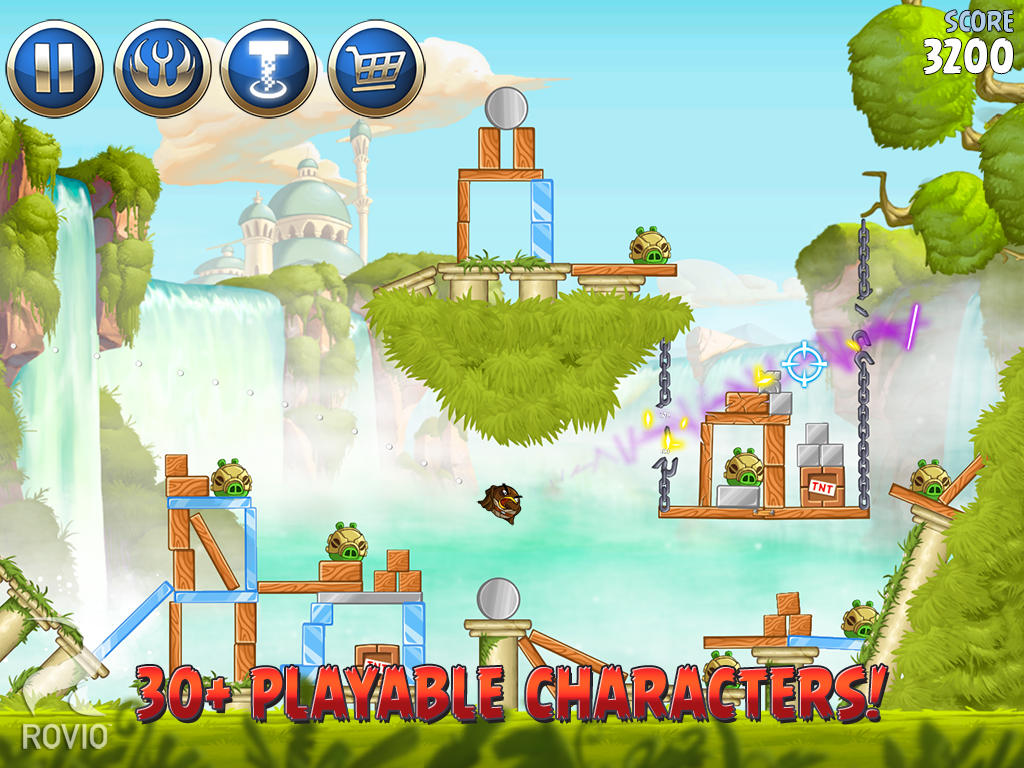 avgguy - May 28, 2014 at 8:55pm
I'm a bit embarrassed by how much I enjoy this game, but I have looked it up alot and it looks like it is only capable for Apple phones and devices. I have seen that it shows "soon to come" on the website, but as far as the game itsel still in the "coming soon". I would venture to say based on other things I've read about that it should be week and we will have ours. Do not quote me on that though.
Reply · Like · Mark as Spam

Baker - May 28, 2014 at 4:16pm
This update isn't launching for me (it still shows as "Coming Soon" inside the game). I'm running the current Android 4.4 OS on a Droid Maxx. Is anyone else having this issue?
Reply · Like · Mark as Spam
Recent